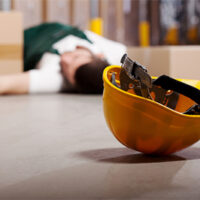 Workers’ compensation is a system that pays benefits to the workers who become injured or disabled during their employment. It is a type of insurance that compensates for the injuries or disabilities that were sustained from their employment. When a worker accepts this, it means they are waiving their right to sue their employers for negligence. This is a bargain most of the time, as it is created to protect both the employee and employers and settle things through this insurance. It is intended to prevent greater damage and liabilities to both parties.

There are many aspects to consider before asking for workers compensation such as whether the company is liable for such compensation when it is acquired. There are different cases such as which kind of employees obtain what kind of compensation the company offers. In a workers’ compensation case, no one party is determined to be at fault. The amount that a claimant receives is not decreased by his/her carelessness, nor increased by an employer’s fault, even if the worker has a violent record or any other record of his or her employment.

While there are cases of workers with violent records, its effects are different. When a certain employee files a complaint, it is studied further to decide what kind of compensation can be claimed. In a situation of a worker with a violent record, it may vary. If a worker was assaulted by another violent worker, a different case is studied. The workers’ compensation from here may change.

The effects of these depend on the employee involved in this kind of case. If there was an assault, for example, the victim may acquire a victim compensation fund. However, the attacker who exerted violence may be asked to pay restitution depending on the damages that occurred and it may lead to arrest. It will not be paid directly to the employer, but it may come through the compensation fund or other state or county sources. The Payer Law will process what is needed to acquire such compensations.

If a person with a violent record obtains a different compensation because of their record, the Payer Law will process the case in order to help you receive the right compensation. It is important that people know what they can get according to the case they are in and what kind of record they have. Workers and their dependents should be well educated in the compensation system such as the case of workers having violent records because again, it varies depending on the case. The lawyers and professionals are there to legally process and help the workers receive the right compensation