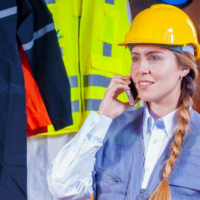 2016 legislation and its impact

There are several precedents that were established in the past year which set the stage for legislature this year and its focus. Castellanos v. Next Door Company et. al. brought hourly attorney fees back. Miles v. City of Edgewater Police Department/Preferred Governmental Claims Solutions and the State of Florida halted limits on the fee that the claimant’s counsel can charge their client as dictated by their contract. This had a massive impact on workers compensation laws because workers compensation attorneys Orlando and nationwide, adjusters, and risk managers are now claiming that they are busier and noting an increase in litigation.

Unlike 2016, there were not monumental changes to workers compensation laws through cases. However, this does not mean that it was not a significant year. This year, the Florida Legislature had both chambers attempt to pass a bill capping the hourly rate of attorney fees. Unfortunately, this effort failed because the Senate and House leadership could not agree on the actual hourly rate. There are hopes, however, that this effort will continue into 2018 when the legislature is back in session. It is debated that the cap on hourly attorney fees can pass the test of constitutionality. Though people are still in anticipation that the legislature will change the attorney fee statute, employers have reported an increase in premiums because of the impact of the case.

Though not all entirely impacted by Castellanos and Miles, other significant things to note are the decisions that clarified existing laws for workers compensation. The Westphal decision by the Florida Supreme Court adjusted the cap on Temporary Total Disability from 104 weeks to 260 weeks. Subsequently, the First District Court of Appeal extended the cap for Temporary Partial Disability to 260 weeks as well–following in the footsteps of the Westphal decision.

Another significant change was the Florida Supreme Court negating the change to the Daubert standard for Article V courts. Due to constitutional concerns, they made the decision despite the fact that it was put into law in 2013. In conjunction, in a unanimous decision, the First District Court of Appeal restated that the standard applies to workers compensation proceedings.

Some of these updates may be difficult to process if you are in the process of dealing with a workers compensation litigation issue and it may be necessary to seek additional help in understanding how these changes impact you. In the event that you should require assistance, contact Payer Law, a workers compensation attorney Orlando trusts for information and guidance for your case.