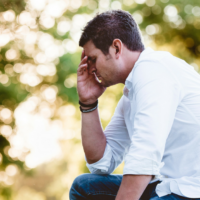 Why was this bill introduced?

This bill is supported by first responders who were at the scene at the time of the tragic Pulse shooting in Orlando. As witnesses to such a horrific event, they suffer from residual trauma at the sight of such acts and are seeking to be able to get help with these issues.

What will this bill do to workers compensation benefits?

The bill would expand the scope of workers compensation benefits to allow those who suffer mentally from an event at work. Because mental illness and mental trauma is often forgotten about, those who suffer from it as a result of a workplace tragedy can be left without resources to recuperate. While they may not have been injured physically, their mental state may be such that they cannot do their job well. This bill will allow those who need additional help for their PTSD to receive it in order to be able to return to work fully both mentally and physically.

What does this mean for you?

This means that if you require additional services to treat your PTSD after a traumatic workplace event, you will be able to receive those services under your workers compensation benefits. If your workplace refuses you those benefits in the future, you will be able to file a claim against them for having denied you the ability to gain compensation in order to treat your mental state.

To fight this battle, you will need a workers compensation attorney Orlando trusts in order to set the standard for employers to treat their employees fairly. With the help of an attorney, you will be able to file a case and get the time you need to recover from your PTSD.

PTSD is a serious issue and it should not be handled lightly. As a worker, you should be able to receive benefits for your PTSD without demonstrating that you have been physically injured. Though this bill has yet to be made law, there will certainly be many legal battles to face even after it has passed. Payer Law is ready to be there for their clients when this does happen. They are a workers compensation attorney Orlando trusts to be there for them when these changes to legislature happen. Contact them today.