Will a Dash Cam Help My Case? 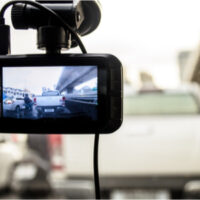 Dash cameras, often referred to as dash cams, are taking off in popularity, as drivers seek to legally protect themselves in the event of a collision. The industry expects a 35 percent increase in sales for 2021, according to Consumer Reports, and many people are purchasing cameras to protect themselves in the event of police brutality or wrongdoing, in response to George Floyd’s and others’ murders. Dash cams can be purchased for as little as $50, though better models go for a few hundred. It seems like a wise investment to make, considering the alternative could be being blamed for the crash, or not identifying a hit and run driver. But do they really help prove that the other driver was at fault?

Your Dash Cam Could Be Used Against You

Just as a dash cam can be used as evidence of another party’s wrongdoing, the same can be true of you. Your dash cam may reveal that you were at fault, or at least partially at fault. Because of Florida’s comparative negligence doctrine, the degree of your own liability will be subtracted from your claim’s value.

On the other hand, the dash cam may seemingly show that you were at fault, when in reality it was the other driver’s wrongdoing that led to the crash. For example, the footage from the dash cam might show that you merged into another lane, cutting off a driver in that late that was coming from behind. What the camera didn’t pick up, for example, was the fact that that driver had been tailgating you, and as you began to merge, the driver attempted to swerve around and pass you on the left.

Dash Cameras Can be a Distraction

Furthermore, the way that your dash cam is mounted matters. It could be argued that your dash camera disrupted your view or caused you to become distracted. All forms of electronics, from cell phones to GPS devices, can lead to distracted driving. The National Highway Traffic Safety Administration estimates that driver distraction is involved in 20 to 30 percent of all fatal collisions. Because dash cameras can potentially make or break your case, it is imperative that you speak to an experienced attorney before taking any other actions. Discussing your case with the other party’s insurance company, for example, could be disastrous to your personal injury claim, even if you believe you have evidence of the other driver’s negligence in the form of dash cam footage.

Contact One of Our Experienced Orlando Personal Injury Attorneys

If you were injured in a traffic collision and you have dash camera footage of the incident, and the minutes leading up to the incident, you may have a case that is a breeze when it comes to proving liability. On the other hand, dash cam footage may work against you, or may not be conclusive. In order to win your claim and receive full compensation, you need to work with an experienced lawyer. Call our Orlando car accident attorneys at Payer Law today at 866-930-1238 to schedule a free consultation.