The Incredible Semi-Truck Braking System Developed By Volvo: Could It Save Lives? 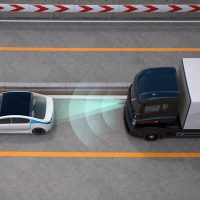 Volvo stands head and shoulders above most semi-truck manufacturers when it comes to braking technology. The now-famous system allows Volvo’s semi-trucks to stop “on a dime.” It goes without saying that this kind of technology has the potential to save lives. But why aren’t more trucks using this kind of technology? If these braking systems were widely-implemented on our roads in Orlando, could it result in a massive reduction in injuries and deaths?

If you have been injured by a semi-truck in Orlando, you should get in touch with a qualified, experienced personal injury attorney as soon as possible. These legal professionals can guide you towards a positive legal outcome, and they can make sure that you receive a fair, adequate settlement. You can use your settlement to pay for medical expenses, cover missed wages, and deal with any other damages you might have incurred as a result of the crash.

Volvo’s braking system relies on a number of elements. First, there is a camera and radar that measures the distance between the truck and other objects on the road. Secondly, a sensor assesses the kinds of objects that might be on a road, and it distinguishes between cars and non-threatening items, such as rocks or trash. The control unit collects all of this data, and it triggers collision warnings in dangerous situations. If the driver does not react in time to these collision warnings, the control unit automatically triggers the braking system.

The system itself brakes lightly at first, decoupling the gearbox before braking with full force if necessary. The parking brake may also be activated automatically. The end result is a significantly shorter braking distance compared to other trucks on the road, and it can come to a complete stop within about 131 feet after reaching a speed of about 50 miles per hour. By contrast, many older semi-truck models struggle to come to a complete stop within 500 feet after reaching a speed of 60 miles per hour.

Could this Save Lives?

One has to wonder how many lives this kind of braking system could save if implemented on a large scale throughout the United States. A recent crash in Orlando saw a semi-truck smash into a minivan at John Young Parkway and Orange Blossom Trail. Accidents such as these might be avoided entirely if semi-trucks are upgraded with the right braking technology. Until then, innocent people continue to become injured.

For help from a skilled Orlando personal injury attorney, contact Payer Law. Over the years, we have helped numerous injury victims pursue justice after being hurt in car accidents. While Volvo’s braking system for semi-trucks is impressive, too many outdated trucks in Florida are still on the road. If you have been injured in a semi-truck accident, reach out and book your consultation today.