Suing A Theme Park After Injuries In Orlando 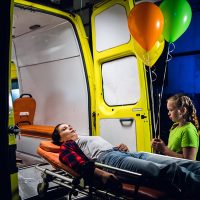 Orlando is home to some of the world’s most impressive theme parks, and these establishments attract millions of people from all over the world each year. Although Covid-19 has slowed Florida’s tourism industry, things are returning to normal, and the theme parks are once again filled with happy individuals. However, not everyone who visits a theme park in Orlando leaves with joyous memories. Some individuals suffer serious injuries at these theme parks, and some never leave at all.

If you have experienced serious injuries at a theme park in Orlando, you have every right to take legal action. Get in touch with a qualified, experienced personal injury attorney, and you can review your legal options. If your attorney feels that you have a strong case, they will recommend that you file a personal injury lawsuit against the theme park. This can provide you with a settlement that you can use to pay for your medical expenses and cover your missed wages.

A report that was published in October of 2021 showed that there were seven injuries in Orlando theme parks during the past summer. This included a 69-year-old man who was found unresponsive after riding the Roa’s Rapids attraction at SeaWorld. An elderly woman also fell and injured her nose while exiting a ride at Epcot. A seven-year-old child injured her back while riding “Hagrid’s Magical Creatures Motorbike Adventure” at Islands of Adventure. In addition, a 47-year-old woman suffered an ankle injury while at the Dr. Suess’ If I Ran the Zoo attraction. There were other less serious injuries as well.

Notable Past Incidents at Universal Orlando

There have been many notable incidents at Universal Orlando over the past few years. In 2009, an employee was struck and killed by a train in the Dragon Challenge area. Two years later, a tourist was blinded by the same ride. Another rider was struck by an object at Dragon Challenge that same year, causing it to be shut down permanently. Back in 1996, a man fell over ten feet while trying to ride the E.T. Adventure ride. In 2019, a tourist broke multiple bones on the same ride after his leg became wedged between the platform and a vehicle. In 2004, a man died after falling from a loading platform on the ride known as Revenge of the Mummy. Many of these incidents have resulted in lawsuits.

Can I Sue a Theme Park Even if I Have Agreed to a Liability Waiver?

Theme parks often try to escape liability by forcing you to agree to a liability waiver before entry. However, these waivers are not always legally binding, and they do not allow the theme park to engage in acts of gross negligence.

For help from a skilled Orlando amusement park accident lawyer, contact Payer Law. Over the years, we have helped numerous injured victims in Florida. We know how dangerous these theme parks can be, and the companies behind dangerous rides should be held accountable for their negligence. Book your consultation today, and we can go over your legal options together.