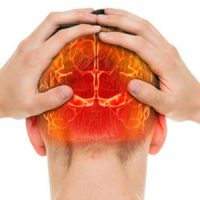 A head injury can easily be fatal under certain circumstances. Don’t believe us? Just consider two guests at two of Orlando’s most famous theme parks: SeaWorld and Disney World. Both of these individuals suffered fatal falls that resulted in serious head injuries – injuries that ultimately caused their demise. The families of both victims are now suing the respective theme parks for negligence. But what should you do if you or someone you love has suffered a head injury at an Orlando-based theme park?

The answer is simple: Get in touch with a qualified, experienced personal injury attorney in Orlando as soon as possible. With their assistance, you can strive for the best possible results and hold negligent theme parks accountable for everything you’ve been forced to endure. Due to the statute of limitations, you may be unable to sue if you wait too long. This is why it’s always a good idea to book your consultation right away.

On June 15th, it was revealed that a guest had passed away after a fall at Disney World. The family of the victim is now suing. The incident occurred during the Christmas season of 2020 at the Caribbean Beach Resort, and it involved a fall for unspecified reasons. The fall led to severe blunt force trauma, and the victim did not recover from her injuries.

It’s worth pointing out that in order for this lawsuit to have any merit, the fall must have been caused by some kind of negligence on the part of Disney. For example, perhaps the victim tripped on some kind of debris left scattered across a walkway. Or maybe she fell due to a spill that was not adequately cleaned up in a timely manner.

Also on June 15th, it was reported that the wife of a deceased victim was suing SeaWorld for causing his fatal head injury. The incident occurred in March of 2021, and it involved the victim falling out of his wheelchair after moving across an uneven sidewalk. The fall caused the individual to strike the surface of the sidewalk, suffering a serious head injury as a result.

Although the victim remained conscious after the injury, he was quickly treated at a nearby hospital for a subdural hematoma. This type of injury occurs when there is a significant buildup of blood inside the skull, on the surface of the brain.

The lawsuit alleges that:

“Tragically, due to SeaWorld’s alleged failure to properly maintain their sidewalks, Hector sustained severe injuries that later led to his death. We strongly believe his death could have been prevented and will fight to ensure SeaWorld is held accountable.”

Enlist the Help of a Qualified Attorney

The skilled Orlando personal injury attorneys at Payer Law are prepared to help you throughout each step of your case. Over the years, we have helped numerous plaintiffs. We know how serious head injuries can be, and we’re ready to help you strive for the best possible results. Remember, internet research can only get you so far. If you’re serious about holding theme parks (or any other negligent party) accountable, book your consultation today.