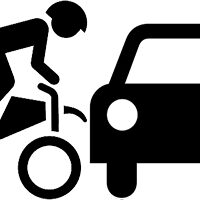 Florida law 316.061 says that a driver who is in a traffic crash must stop their vehicle and do certain things. They must identify themselves to anyone else involved in the crash. They must help injured victims receive medical care. Drivers must also make a report of the crash to the police.

As any experienced motorcycle attorney Orlando can tell you, the penalties for fleeing the scene of a motorcycle crash vary depending on what happened. If someone is seriously injured or dies in the crash, you can face felony charges. Without an injury, fleeing the scene of a motorcycle crash is a second-degree misdemeanor. A second-degree misdemeanor can bring up to sixty days in jail. You can also pay a fine of $500.

If a person is injured, fleeing is a third-degree felony. A person convicted of this offense can spend up to five years in jail and pay a fine. You may also have to pay restitution to the victims.

In cases where a person is seriously injured but no death occurs, a conviction for fleeing a motorcycle crash is a second-degree felony. As your motorcycle attorney Orlando can tell you, you can spend up to fifteen years in prison for a conviction. You also have to pay a fine and possibly restitution to the victim.

If a person dies in the crash, a person who flees faces a first-degree felony. That’s punishable by up to thirty years in prison. There is also a mandatory minimum term in prison of four years for a conviction. In cases where the person charged has a prior related condition, the court must hold the person in custody until the court can arrange for a bail hearing.

Sentencing for fleeing the scene

How a Motorcycle Attorney Orlando Florida Residents Trust Can Help

Florida law wants to hold people accountable when they flee the scene of a motorcycle crash. However, at Payer Law, we know that it’s important to help victims of motorcycle crashes get the compensation that they deserve. if you’re injured in a motorcycle hit and run, you need a motorcycle attorney Orlando that you can trust.

At Payer Law, we work to help each client get the compensation that they deserve. You might have medical bills, lost work and emotional injuries. You might worry about who is going to care for your family during this difficult time.

We know Florida law. At Payer Law, we fight for each client. If you’re injured in a motorcycle crash, contact us today at 407-307-2979 or visit our website payerlawgroup.com.