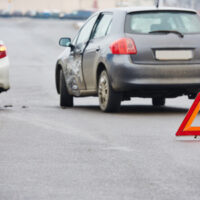 There are few types of car crashes that are as terrifying as highway collisions. Whether you were involved in a high-speed crash, semi-truck collision, or rollover on the highway, you were lucky to survive. Now it is time to begin the healing process, which includes filing a claim with the negligent driver who caused your injuries. Let an experienced Orlando personal injury attorney help you hold the at-fault party responsible so that your medical expenses, lost wages, pain and suffering, property damage, emotional distress, and other damages are paid for.

Rollover collisions often result in traumatic brain injury, spinal injuries, fractured limbs, and even death. Rollover collisions on highways typically occur when the driver loses control of their vehicle and hits the soft shoulder, tripping the wheels and rolling when the center of gravity quickly shifts.

The speed limit goes up to 75 miles per hour on Florida highways, though the average speed of drivers when roads are not backed up is often five to 10 miles per hour higher than the posted limit. The higher the speed of a collision, the more likely that occupants in both vehicles will suffer life-threatening injuries. It should come as little surprise that 28 percent of highway crashes are caused by speeding, according to the Insurance Information Institute (III).

Semi-trucks are involved in a disproportionate percent of crashes; they make up a small fraction of the number of vehicles on the road, but are involved in a high percent of fatal collisions. Two of the problems are their stopping ability and driver fatigue. Large trucks take 20-40 percent longer than cars to stop, and studies have shown that driver fatigue is common among truck drivers, as many violate federal driving hour rules, according to the III.

Rear-end highway collisions happen when a driver follows too closely (tailgates) the driver in front of them, which is a common aggressive driving tactic to try to get the slower vehicle out of their way. Aggressive driving has increased in recent years, according to research and reported by the Washington Post.

A side-swipe crash occurs when two vehicles traveling in the same direction collide when one or both move from their lanes of traffic. It is a common type of collision during lane changes, when a driver is drunk or falling asleep, or when a driver is distracted by looking at their phone. Side-swipe collisions often cause one or both vehicles to run into other vehicles, or to be forced off the road, where a collision with a fixed object is likely.

Our Orlando Highway Collision Attorneys Can Help You Reach a Settlement

If you were injured in any type of highway collision, you need an experienced Orlando highway collision attorney to help prove that the other party was solely responsible for the crash. We can help ensure that liability is proven and your medical condition and other damages clearly established. To talk to an experienced Orlando personal injury lawyer today with the Payer Law, call 866-930-1238 to schedule a free consultation.