Florida Woman Could Receive $15 Million After Being Struck By Deputy 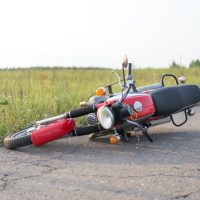 In a normal auto crash, it is usually relatively straightforward to receive compensation for your injuries. But when you are struck by a police officer or a vehicle belonging to any government agency, things can get a little more complicated. This is what one Florida woman learned the hard way when she was struck and severely injured by a deputy. Despite the deputy obviously being at fault, the woman has found it very difficult to get the compensation she needs. But a new bill proposed by a Florida lawmaker could provide her with a $15-million settlement.

The accident occurred in April of 2019 when the plaintiff was riding her motorcycle alongside her boyfriend, who was on a separate motorcycle. Out of nowhere, a deputy in a patrol vehicle made a left-hand turn in front of them. The motorcycles struck the vehicle and both occupants were ejected at high velocity. The important thing to realize about this crash was that by all accounts, the plaintiff was obeying all traffic laws. She had the right of way, and she was wearing a motorcycle helmet. In addition, the deputy failed to put on his sirens or his emergency lights when making this dangerous maneuver.

The Highway Patrol later determined that the deputy was in fact at fault, and he was cited for failing to yield the right of way. This relatively light consequence was the only shred of justice the injured plaintiff experienced, and she received no compensation whatsoever for her injuries. The woman is now homeless and disabled, unable to pay for her medical bills and struggling to make ends meet.

Her Only Chance of Compensation

Because of sovereign immunity, police officers often escape liability for their actions. This was the case in this particular accident, and the injured plaintiff now has no other option but to pursue a slightly rare method: Creating a bill or “auxiliary law” that will provide her with a settlement of $15 million. However, there is no guarantee that she will actually receive any money. The bill must be passed, and the governor must sign it personally. This just goes to show how challenging it can become when you are injured by a police officer or a similar government representative protected by sovereign immunity. Still, it is her only real option – and she’s praying that the government will rule in her favor.

If you’ve been searching for an Orlando personal injury attorney, look no further than Payer Law. Over the years, we have helped numerous injured plaintiffs strive for the best possible results. We know that getting the compensation you need and deserve isn’t always easy – especially when the negligent party is a police officer or a government agency. With our help, you can get the settlement you need to pay for medical expenses, missed wages, emotional distress, and much more. Reach out today and book your consultation.