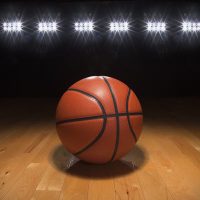 Disney World has been hit with yet another lawsuit after a boy reportedly suffered “catastrophic” injuries while attending a basketball tournament. The incident has sparked fresh questions about the safety policies within Disney World, and this is not the first time the theme park has been hit with injury lawsuits this year. This is occurring amidst a continuing legal battle with the state of Florida and Governor DeSantis over the theme park’s “special district” status.

If you or your family member has suffered a serious injury while attending Disney World, you are completely within your rights to take legal action. Book a consultation with a qualified personal injury attorney in Orlando, and you can take concrete legal steps towards justice. With the help of an attorney, you can pursue a fair, adequate financial settlement for everything you’ve been forced to endure. It’s best to book your consultation as soon as possible to receive personalized legal advice.

On June 14th, it was reported that the family of a boy was suing Disney World for injuries. The incident stemmed from an incident back in April of 2022, when the child had some kind of accident involving a metal sign on a baseball field. He was attending a basketball tournament in Disney World at the time. The injury was so severe that two of his fingers had to be completely amputated.

The family is now seeking more than $30,000 in damages from Disney. More information will undoubtedly be revealed when the lawsuit moves forward in the Orange County Circuit Court, but we can speculate about the details. If the boy is (or was) a promising young athlete, it might be argued that the loss of his fingers represent a considerable loss of opportunity. After all, the child could have gone on to become a professional basketball player – earning millions of dollars per year.

This wasn’t the first time a child was hurt in Orlando, and it won’t be the last. Losing your fingers is bad, but losing your life is much worse. This was the fate of Tyre Sampson, a child who fell from the top of the “Drop Tower” attraction at ICON Park this year. It’s an incident that has overshadowed the theme park world as of late, and the Sampson family has been doggedly pursuing legal action. However, new details have revealed that Tyre was 386 pounds when he fell. This means that he was almost 100 pounds over the weight limit of the Drop Tower attraction.

If you’ve been searching for a qualified Orlando personal injury attorney, look no further than Payer Law. Over the years, we have helped numerous injured victims in Florida – including those who have been injured while attending this state’s many theme parks. During your consultation, we can assess your unique situation and recommend the best course of action. Reach out today to take action.