Can You Sue For Toxic Chemicals In Florida? 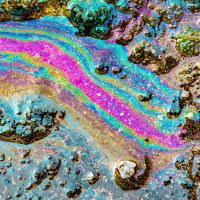 Florida allows residents to file lawsuits against companies and government agencies that expose people to toxic chemicals. This is perhaps one of the most important aspects of our legal system in Orlando, as it prevents companies from harming the environment and local people in the pursuit of profit. Without the threat of these personal injury lawsuits, companies and government agencies would have free reign to release whatever chemicals they want into the air.

If you have been harmed by toxic chemicals in Orlando, it makes sense to get in touch with a qualified, experienced personal injury attorney at your earliest convenience. Although you can certainly sue those who expose you to toxic chemicals, you need to act quickly. Because of something called the statute of limitations, you may be barred from taking legal action if you wait too long. This is why you need to team up with a qualified lawyer and start taking action as soon as possible.

Suing companies for injuries caused by toxic waste is possible, and these past cases are a testament to this fact:

In June of 2021, it was reported that the Florida Governor and state regulators had been sued for mismanaging toxic waste at Piney Point. They were accused of endangering the environment and the public. Specifically, they were sued for allowing the release of hundreds of tons of hazardous pollutants into Tampa Bay and the surrounding groundwater.

In 2020, it was reported that Lockheed Martin was facing two lawsuits for mishandling toxins at a Florida facility in Tangelo Park, Florida. The actions of this major corporation allegedly caused life-threatening issues not just for workers at the facility, but also innocent residents who lived nearby. The lawsuit claims that heavy metals, persistent environmental pollutants, and Volatile Organic Compounds (VOCs) were all released into the air, water, and soil of the surrounding area. Methylene chloride was detected in particularly high concentrations, and these levels were much higher than the safe standards set forth by the Environmental Protection Agency.

In October of 2021, it was reported that a number of farmers in Florida were suing the developers of a weed-killing herbicide called Paraquat. The lawsuit claims that this herbicide caused a number of farmers to develop Parkinson’s Disease. Many other countries have banned Paraquat because of its well-known deadly properties. In addition, the lawsuit claims that there were inadequate warnings on labels of Paraquat, and farmers were never informed about the likelihood of developing Parkinson’s Disease.

If you need help with your case, reach out to the Orlando personal injury attorneys at Payer Law. With our assistance, you can file a personal injury lawsuit and recover a considerable settlement against those who have exposed you to toxic chemicals. This settlement can help you cover medical expenses, missed wages, and a range of other damages. Book your consultation today, and we can start developing an effective action plan together.