Can You Sue Airbnb Hosts For Injuries? 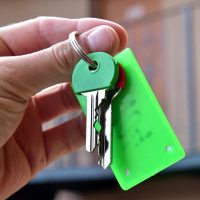 Airbnb is becoming increasingly influential in the modern travel world, with many tourists choosing this short-term rental provider over traditional hotels. But as convenient as this system is, it’s not perfect. People can suffer serious injuries while staying in Airbnb rentals, and sometimes it’s not exactly clear how these victims can pursue compensation. Can they sue the hosts – the property owners? Or do they need to sue Airbnb itself? What does the “fine print” of the Airbnb user agreement say? What should you do if you have suffered an injury while staying at an Airbnb rental?

For light-to-moderate injuries, this system is actually quite effective, and you can expect to receive enough compensation to pay for medical expenses, missed wages, and other damages. In fact, Airbnb can cover up to $1 million in liability protection for its hosts. That said, you may only have the opportunity to file a claim under specific circumstances – notably in cases of accidental injury caused by the homeowner’s negligence. “Willful, intentional harm” will not be covered under this policy, which means that you would need to explore other options for compensation.

An obvious example of “willful, intentional harm” is a shooting. This is exactly what happened when 17-year-old Giselle Jackson Rengifo was shot and killed in 2020 during a house party at a rented Airbnb. The defendant allegedly purchased the gun on Snapchat before bringing it to the party and passing it around. According to his testimony, the gun discharged in an accidental fashion while it was in his hands, and the bullet killed Rengifo. To make matters worse for the family, the judge presiding over the criminal decided to give the shooter a light sentence with no prison time.

The mother then attempted to sue Airbnb for the death, but she was forced to arbitrate her claims after a ruling by the US District Court for the Central District of California. The girl’s father also attempted to file a wrongful death claim, but it was dismissed after he failed to show that any negligence or product liability was involved.

If you’ve been searching for a qualified Orlando personal injury attorney, look no further than Payer Law. Over the years, we have helped numerous injured plaintiffs throughout the Sunshine State. We know that Airbnbs can be just as dangerous as any other property, and you have every right to pursue compensation if you have been injured during your stay. Book your consultation today, and we can help you determine the best path forward.