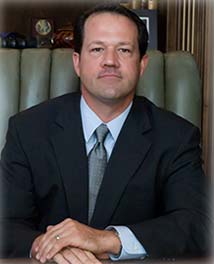 James D. Payer was born in Nashua, NH. In 1976 his parents moved their family to South Florida, where he attended Elementary School and then High School at St. Thomas Aquinas in Fort Lauderdale. After completing High School Mr. Payer attended Stetson University in Deland, Florida and majored in accounting.

Upon graduating from Stetson University Mr. Payer returned to South Florida and pursued post graduate studies necessary to become a Certified Public Accountant. In 1992 Mr. Payer passed the CPA exam and became a Certified Public Accountant. After working briefly as an accountant for a multinational hospital supply company Mr. Payer attended Law School at The University of Miami School of Law and graduated in 1995.

Today, Mr. Payer continues to reside in South Florida together with his wife and child and has called South Florida home for more than 30 years. Mr. Payer is active in the South Florida community and contributes to numerous local and national charities. Mr. Payer firmly believes that it is important to work hard in order to adequately represent his clients as well as to give back to the community where he is privileged to live and work. Mr. Payer’s hobbies include spending time with his family, golf, SCUBA diving, fishing and attending local sporting events.