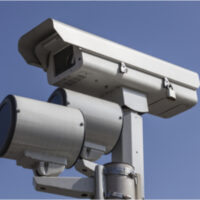 Florida Statute 316.075 makes it a moving traffic violation to run a red light. According to the Insurance Institute for Highway Safety, 846 people were killed and another 139,000 people were injured across the country from crashes involving a driver running a red light. One way to enforce this violation is with red light traffic cameras. However, not everyone is in favor of red light cameras and there have been many legal battles over their use.

The first red-light camera bill in the United States came in 1993 when New York City decided to make them legal after several years of testing. In 2010, Florida passed a measure that allowed local governments to use red light cameras. Since then there have been additional legal battles and attempts to appeal the law. In 2018, the Florida Supreme Court ruled that it was okay for red light cameras to be operated by private companies as long as the police were the ones ultimately determining whether or not to ticket a motorist. Recently, Florida’s Third District Court of Appeal heard a motorist’s case where he had received a ticket for running a red light in Aventura in 2014. The motorist argued that the red light cameras violated Florida’s requirement for uniform traffic laws. The Third Court of Appeals ruled in favor of the red light cameras in Aventura, and this ruling makes it increasingly likely that red light cameras are here to stay in Florida.

Arguments For and Against Red Light Cameras

Those who argue against red light cameras cite that the cameras make drivers more inclined to stop abruptly or speed up to avoid getting the ticket, which can lead to more rear-end collisions. Some feel that the tickets from red light cameras also unfairly punish lower-income residents. Those in favor of the cameras say that they help reduce more severe side-swipe collisions and enforce the law.

Can Red Light Camera Footage Be Used To Prove Liability?

If you were involved in a crash that occurred in the middle of an intersection, you may be wondering if you can access the video footage from the red light camera. There is no law that allows an individual to access that evidence, however, a personal injury lawyer can file a subpoena with the local government to get red light camera footage. It is a time sensitive request because the footage may only be stored for 24-72 hours. Having video or photographic evidence goes a long way in determining liability in a traffic crash. Even if you cannot get a hold of the footage from a red light camera, there may be other security camera footage from nearby commercial buildings that can be used to prove liability.

Contact Payer Law If You Have Been Injured in an Intersection

The skilled Orlando car accident attorneys at Payer Law will work to collect evidence in your case to prove liability. While the insurance companies may try to deny your claim, we will advocate on your behalf to get you the compensation you deserve. Call us today at 407-307-2979 to schedule a free consultation.