The Differences Between Civil and Criminal Liability 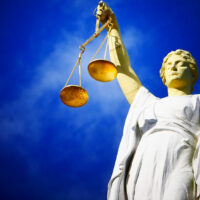 Not to be too dramatic, but let’s say you are in Orlando for the weekend and you, unfortunately, get involved in an auto accident. This could either mean a civil or criminal lawsuit, in either case, you have Payer Law to assist you. A civil case typically includes a private dispute between people or organizations, whereas criminal liability cases involve offenses against the state. Understanding the differences is essential in evaluating how strong or weak a case is, and in determining whether or not to pursue a lawsuit. Here are some of the things that set these two apart.

A civil lawsuit is initiated when a person or a corporation has failed to carry out the legal duty owed to the plaintiff. The plaintiff then receives monetary compensation also known as “general damages,” for the physical and mental pain as well as property damage that resulted from it. These payments may be recovered through a competent personal injury attorney Orlando locals trust. A criminal case, on the other hand, is prosecution by the local government for violation of a provision of the criminal code. In a criminal lawsuit, the plaintiff is not responsible for bringing the case before the court as is the case with a civil suit. Instead, the prosecutor is the one who files the case in court as a representative of the state.

Civil lawsuits usually only result in compensation or orders, but criminal trials involve penalties in the form of jail time, fines, or even death.

Criminal cases are harder to prove hence many protections are put in place to avoid wrongful conviction.

Civil cases use lower standards of proof. For example, “the preponderance of the evidence” which essentially means enough evidence just to tip the balance in favor of the plaintiff. Crimes, on the other hand, must always be proved “beyond any reasonable doubt”. This difference in standards exists because the personal liberty and freedom of the individual are at stake making the burden under the American system of justice, a heavy one.

In a criminal lawsuit, the defendant is entitled to an attorney. If they can’t afford one, the state provides an attorney. This is not the case in a civil lawsuit as the defendant has to pay for a personal injury attorney Orlando offers or choose to represent him or herself.

In the United States of America, any individual facing a possible jail term of more than six months for a crime has a right to a trial by jury. Civil cases are majorly decided by a judge even though some do allow juries to be present.

It is possible to find yourself exposed to both civil and criminal liability. Perhaps a classic example is the OJ Simpson case that led to a murder trial, a criminal case, and a wrongful death trial which falls under civil liability. While in Orlando, feel free to contact us to ensure the smooth and effective running of a case.