The Dangers of Poor Visibility When Driving 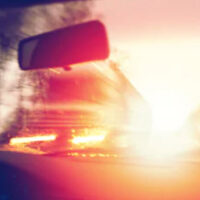 With Daylight Saving Time officially coming to a close, motorists should be careful to account for the shorter days when driving, as many will now find themselves driving before the sun rises or after it has set. Unfortunately, decreased visibility poses an enormous risk for motorists, cyclists, and pedestrians, any of whom could suffer the consequences of another driver’s inability to see clearly. Determining which factors, including visibility, played a role in a collision can be difficult, especially when multiple parties are involved, so if you were recently injured in a crash, it is important to contact a dedicated car accident attorney who can advise you.

The Risks of Poor Visibility

We all know that it is harder to see at night than during the day, but few realize how much of a role poor visibility plays in collisions across the country. In fact, the National Highway Traffic Safety Administration (NHTSA) reports that the fatality rate per mile driven by motorists is three times higher at night than during daylight hours. Other studies have indicated that poor visibility is just as dangerous for pedestrians, who are three to seven times more at risk of injury in the dark than during the day. These dangers can largely be attributed to the fact that it is more difficult for motorists who are driving at night to:

This is true even though our eyes are uniquely equipped to adjust to lower light, as driving usually necessitates adapting to bright lights and dim roadways at various times, which makes it difficult for the eyes to function properly. Even driving with headlights is no guarantee of safety, as visibility is generally limited to around 500 feet for those who use high-beams and a mere 250 feet for drivers who use standard headlights.

Although we’ve all found ourselves in situations where we’re in a hurry to get home and night has already fallen, it’s still important for motorists to take certain precautions to account for the lack of visibility, including:

While taking these steps does not guarantee that a person won’t be involved in a collision, it does significantly increase a motorist’s chances of getting home safely when visibility is poor.

Call Today for Help with Your Case

If you were injured in a collision that took place at night, please contact the Payer Law online or by calling 866-930-1238 to have your case reviewed by an experienced Orlando auto accident lawyer. We are available to answer your questions and concerns 24 hours a day, seven days a week and are happy to meet with you at your office or home. And remember, we offer free initial consultations, so please don’t hesitate to call or contact us online today.