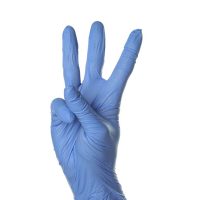 Medical malpractice lawsuits are common in Orlando and throughout Florida. The Sunshine State is among the top ten states with the highest medical malpractice claims in the nation. This may be due to the fact that Florida has a large senior population, and these individuals are more likely to require medical treatment than any other subset. In fact, Florida has more residents above the age of 65 than any other state except for Maine. In addition, Florida is a popular location for those seeking cosmetic surgery, and botched procedures can often lead to malpractice claims. In response to these factors, Florida created a “three strikes” rule for medical malpractice lawsuits in 2004. But what exactly is this rule, and how might it affect your lawsuit?

If you have questions about the three-strikes rule, it’s best to consult with a qualified, experienced personal injury attorney in Florida. These legal professionals can not only explain how this rule works, but they can also help you file your lawsuit and guide you towards a positive legal outcome. Statistically, you are less likely to experience success with a medical malpractice lawsuit compared to a “normal” personal injury claim. This is why hiring a qualified, experienced attorney in Orlando is crucial.

In 2004, Floridian voters approved the three-strikes law. This law means that as soon as a medical professional faces three medical malpractice judgments, their medical license is automatically revoked. When this law was passed, many questions were raised. Some claimed that it would cause a massive influx of medical malpractice claims. Others worried that doctors would choose to pack up and leave Florida out of fear of losing their licenses. Some even predicted that within the next decade, virtually every single doctor in the state of Florida will be sued.

What is the Definition of a “Strike?”

Although the law seems quite straightforward, you also need to consider the legal definition of a “strike.” About a year after the three-strikes rule was first passed, the Florida legislation sought to clarify this matter. A judgment of malpractice only “counts” as a strike if the medical board classifies it as such. And according to the medical board’s set of standards, a judgment doesn’t count if the doctor settles the case out of court. This means that a doctor could technically be guilty of dozens of instances of malpractice without ever losing their license. While this is certainly upsetting for many victims who want to see their doctors experience consequences, it does not affect their ability to recover compensation for damages.

If you need help from an experienced Orlando personal injury attorney, contact Payer Law. Over the years, we have become well-versed in the various subtleties of Floridian injury law, including the three-strikes rule. If you’re serious about achieving justice with your medical malpractice lawsuit, we can guide you towards a positive legal outcome. Book your consultation today and learn more about your legal options.