Woman Sues After Being Banned From Orange County School District 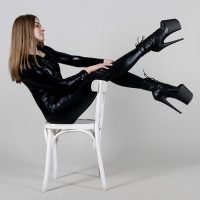 When most people hear the word “personal injury lawsuit,” they might assume that it involves something like a broken leg or a sprained wrist. However, a personal injury lawsuit can also be filed after an individual’s reputation is damaged. Furthermore, individuals can file these lawsuits after being humiliated, traumatized, or suffering other types of psychological damage. Such was the case when a mother sued the Orange County School District after it banned her from participating in volunteer activities.

Whether your injuries are physical, mental, or emotional, it makes sense to get in touch with a qualified, experienced personal injury attorney as soon as possible. Once you connect with one of these legal professionals, you can start taking legal action in an efficient, confident manner. During your initial consultation, your attorney can listen carefully to your unique story and determine the best course of action. A successful lawsuit can lead to a considerable settlement, and this can provide you with financial compensation, a sense of justice, and a feeling of closure.

Mother Banned From Volunteering at Her School Due to Her Job

On October 29th of 2021, it was reported that a mom in Florida was suing the Orange County Public School District after it had banned her from participating in volunteer activities. The reason? This particular mother earns her living by posting images of herself on the adult website known as “OnlyFans.” This was discovered after a parent paid for access to her section of the site and witnessed the images.

After learning that she had been banned, this mother immediately began to explore her legal options. She filed a lawsuit against the school district, claiming that she was free to do whatever she wanted in her free time and that nothing she did was illegal. She is suing for $1 million in damages due to the embarrassment and humiliation this incident has caused her. She is also attempting to be reinstated as a volunteer at her son’s school. Many parents have reached out to show support for her, while the school district has declined to comment on the incident.

Personal injury lawsuits can be filed to resolve issues of defamation. Many personal injury attorneys are more than capable of helping plaintiffs sue for issues related to embarrassment, loss of reputation, and similar issues. Although this type of lawsuit requires a different strategy compared to a lawsuit involving a physical injury, the same general logic applies.

The dedicated Orlando personal injury lawyers at Payer Law can help you seek compensation for your injuries. Over the years, we have helped numerous plaintiffs seek justice for all kinds of injuries, including damages to reputation and psychological injuries. We know that these incidents can be traumatic, and in some cases, emotional scars take longer to heal than physical ones. Book your consultation today, and we can guide you towards a positive legal outcome in an efficient, confident manner.