Why Water Parks Are Seriously Dangerous In Orlando 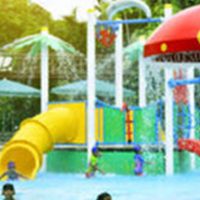 When most people think of theme park injuries, they picture giant roller coasters and other rides with complex machinery. But as it turns out, water parks can be just as dangerous – perhaps more so. Despite having very few moving parts, these simple attractions have the potential to cause life-altering injuries. But why exactly are water parks so dangerous in Orlando? And perhaps most importantly, what can you do if you have been injured by one of these waterslides?

Your first step should be to get in touch with a qualified, experienced personal injury attorney in Orlando. With help from one of these legal professionals, you can strive for the best possible results in a relatively confident manner. During your first consultation, you can receive personalized legal advice from your attorney based on your specific situation. In many cases, you will have the opportunity to file a personal injury lawsuit against negligent parties, providing you with a fair settlement for your damages. You can use this settlement to pay for medical expenses, missed wages, emotional distress, and much more.

In 2014, it was reported that water slides caused more injuries per year than roller coasters. Out of all amusement park accidents reported within a five-year span, about 20% were caused by waterslides. Many of these injuries have been fatal, including a notable case in 2016 when a 10-year-old boy died at a water park in Kansas. In this particular accident, the child was decapitated.

Drownings are also common, and Action Park in New Jersey was forced to close down after people kept drowning in their wave pool. Action Park has since reopened. Universal Studios in Orlando is also constantly being sued for injuries sustained at their famous “Volcano Bay” water slide ride. In August of 2022, a woman sued Universal after allegedly losing a finger on the ride. Two weeks later, a man also sued Universal for suffering a traumatic brain injury on the ride.

In addition, pools and surrounding areas are breeding grounds for disease, fungus, and worse. It is quite easy to become infected with e. Coli or a foot fungus while visiting these attractions. In addition, the chlorine used in these pools can be incredibly harmful and even fatal in some situations.

If you’ve been searching for a qualified, experienced Orlando personal injury attorney, look no further than Payer Law. Over the years, we have helped numerous injured plaintiffs in the Orlando area – including those who have been injured at theme parks. We know that these injuries can be both physically and emotionally traumatic. You deserve the right to take legal action if you have been harmed by a water slide – so get in touch today to get started with an effective action plan.