Why Teens Are Such Bad Drivers 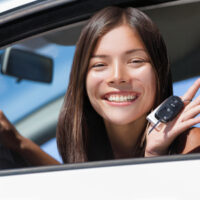 There are few things more terrifying than a 15- or 16-year-old behind the wheel of a two-ton automobile. While many countries set the minimum driving limit to 18 years old, here in Florida, and throughout the country, teens get their driving permits as young as 15. Teenagers, particularly male teenagers, have the highest crash rates of any age group. A big part of this is simply inexperience, though there are other factors at work, such as risk taking and drinking and driving. If you were involved in a collision with a teen driver, you need to work with an experienced Orlando personal injury attorney to assure that you receive fair compensation for your damages.

According to the Centers for Disease Control and Prevention (CDC), 2,364 teenagers between the ages of 16 and 19 were killed in traffic collisions in 2017, and 300,000 were so seriously injured that they required treatment in emergency departments. The CDC lists the following factors as some of the most serious when it comes to risks for teenage drivers:

Other risk factors for teen drivers include the following:

Were You Injured in a Collision Caused by a Teenage Driver? Call an Orlando Personal Injury Attorney Today

While teenage drivers, and even young drivers in their 20s, are notoriously unsafe, you will not automatically win a personal injury claim against a young driver. You must still be able to prove liability and the seriousness of your injuries and other damages. To ensure that you win your claim, and that you are compensated fairly for your serious injuries, you need to work with an attorney. Call the experienced Orlando car accident attorneys at the Payer Law today at 866-930-1238 to schedule a free consultation.