Why Do Planes Keep Crashing In Florida? 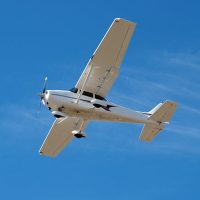 Despite the fact that aircraft today are safer than ever before, plane crashes continue to occur at a frightening pace in Florida. Why? Because no matter how advanced these aircraft might be, they always rely on human pilots. And unfortunately, human beings are not perfect. But why are there so many plane crashes occurring specifically in Florida? And perhaps most importantly, what should you do if you become injured due to a plane crash in Florida?

Whether you have suffered an injury or lost a loved one in a plane crash, it always makes sense to get in touch with a qualified, experienced personal injury attorney in Orlando as soon as possible. These legal professionals can help you strive for the best possible results in a highly efficient manner, and they’ll guide you towards a fair, adequate settlement. Using this settlement, you can pay for your medical expenses, your missed wages, and any other damages you might have incurred.

On May 14th, it was reported that a small plane had attempted to land on a bridge near Haulover Park (1). The landing went horribly wrong, and the plane struck a vehicle while touching down. This resulted in the death of the pilot – a traffic controller who had worked with the FAA for over a decade. Although the plane then erupted into flames, the occupants of the vehicle – a woman and two toddlers – managed to walk away from the crash virtually unharmed. However, two other individuals were transported to a nearby hospital, having suffered apparently serious injuries.

On May 10th, a passenger was forced to land a plane when a pilot became incoherent (2). The plane touched down in Palm Beach International airport , and somehow managed to safely land without incident. This passenger had no idea how to fly the plane and didn’t even know where the nearest airport might be – but he was given instructions by a flight controller.

On May 4th, it was reported (3) that two people had lost their lives after a plane crash in Calhoun County. Two other individuals were injured. The plane never actually left the ground, as it crashed during takeoff. The FAA stated that they were planning to investigate the accident to determine the cause of the crash.

The skilled Orlando personal injury attorneys at Payer Law are prepared to assist you with your case. Over the years, we have helped numerous injured plaintiffs, and we can assist you as you strive for a fair, adequate settlement. Remember, internet research can only get you so far. In order to achieve results, you have to take action – and that means picking up the phone and booking a consultation. Act quickly, because the statute of limitations can prevent you from suing if you wait too long.