What Happens If You File A Fake Personal Injury Claim? 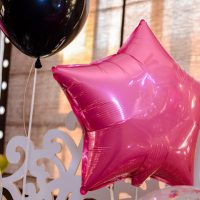 Insurance fraud is a very serious issue in the United States. When people fake injuries and file false claims, it makes it more difficult for legitimate victims to recover compensation. Unfortunately, this type of misconduct is more common than ever before, with many fraudsters attempting to scam the system and recover compensation for injuries that never actually happened. But what happens if you do this?

If you have suffered a legitimate injury, it always makes sense to get in touch with a qualified, experienced personal injury attorney in Orlando. Even if you’re not quite sure whether you have a legitimate claim, it always makes sense to book a consultation and receive guidance from a legal professional. These attorneys can assess your unique situation and determine whether you are within your rights to file a claim. In many situations, victims are far too hesitant to fight for their rights.

An Example of a False Claim

On July 4th of 2022, it was reported that a man from Fort Lauderhill had been charged with fraud after filing multiple false insurance claims. Described by the media as a “frequent faller,” this individual seems to have developed a habit for suffering injuries during falls.

In 2020, he allegedly staged a fake accident that took place in a grocery store. At first, the incident seemed legitimate. The man in his 50s reached for a drink when he slipped on a string attached to a balloon. He was sent hurtling to the ground, injuring his back, leg, and ankle. A witness quickly rushed to get help from employees, claiming that he had seen the entire incident.

However, the store manager grew suspicious after the individual was taken to hospital, and he decided to review his surveillance footage. Immediately, it became clear that the entire accident was staged. The “witness” was in on the scam, and these were nothing more than con artists. In fact, this witness was the victim’s cousin.

In the midst of a $400,000 personal injury claim against the store, the individual was arrested. He then admitted that he had staged similar accidents on three prior occasions, and he is facing serious penalties for insurance fraud.

Is it Worth Filing a False Claim?

The answer to this question is always “no.” The potential downsides far outweigh the potential payoffs, and playing the system in this manner makes it more difficult for legitimate victims to recover compensation.

If you’d like to discover whether you have a legitimate claim, be sure to consult with Payer Law in Orlando as soon as possible. Our Orlando personal injury lawyers can help you determine whether you have a legitimate claim during a consultation. From there, we can guide you towards a positive outcome, which often includes a substantial financial settlement. You can use this settlement to pay for medical expenses, missed wages, emotional distress, and much more. Book your consultation today to get started.