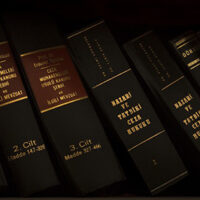 Most people think of the state of Florida as a place where you go to retire or vacation. However, there are many hardworking people who do work in Florida as well. There are jobs of all types here, with many being of the nature where you are doing manual labor. As a result, it’s easy for a worker in Florida to become injured while on the job. That is where the state’s laws a workers compensation attorney must know come into play and are extremely important for enabling people who are hurt while working to collect compensation for their injuries and loss of wages. Your workers compensation attorney knows all about these laws and fights on your behalf to get you the amount that you deserve. Here are the various workers compensation laws in Florida.

What are Workers Compensation Benefits?

Florida is one of the states that requires the majority of employers to provide workers compensation insurance for employees. Generally, workers compensation is exactly what it sounds like: it is money that is paid to a worker when they have been injured and are unable to work for an extended period of time. The amount that you receive depends on the severity of your injury and how it affects your ability to work. There is no need to prove to your employer that your injury was caused by a coworker or the company itself; as long as you were working at the time of your injury, you are able to claim workers compensation benefits. Generally, injuries must be physical in nature and cannot be psychological or mental unless those issues develop as a result of a physical injury.