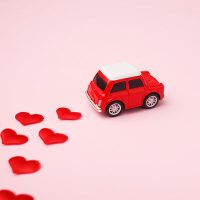 Florida certainly sees its fair share of car crashes, and some of these crashes are truly bizarre. The collisions that make the headlines may cause people to scratch their heads in confusion, but the truth is that these incidents can also lead to very serious injuries. In some cases, people lose their lives due to reckless drivers and blatant misconduct. These noteworthy crashes serve as a warning for us all, but for many injured motorists, these warnings come far too late.

If you have been injured in a Florida crash, consider getting in touch with a qualified, experienced personal injury attorney in Orlando as soon as possible. These legal professionals can guide you towards a positive outcome in the most confident, efficient manner possible. With their assistance, you can pursue a fair, adequate settlement for everything you’ve been forced to endure. You can use this settlement to pay for medical expenses, missed wages, and any other damages you might have incurred due to the crash.

While headlines were quite tongue-in-cheek regarding this incident, the truth is that oral sex is actually a legitimate problem for drivers in Florida. It is obviously a form of distracted driving – perhaps more dangerous than texting and driving or even watching videos while driving. In Florida alone, several victims have been killed by drivers who were distracted by some kind of sexual activity.

Diabetic Episode May Have Led to Fatal Crash

Another little-known problem for drivers is diabetes. According to various studies, a range of factors can make those with diabetes more likely to crash. Certain medication may make crashes more likely, and high blood sugar levels can damage eyesight and nerves. A full-on diabetic attack can also cause drivers to lose control and crash.

This supposedly happened in June of 2022, when a man drove straight off an overpass on I-4 near Orlando (2). Speed was supposedly a factor, although the individual’s cousin suggested that he might have had a diabetic episode in the moments leading to the crash. In any case, the 24-year-old lost his life after the car careened off the edge and fell a considerable distance.

For help from a skilled Orlando personal injury attorney, look no further than Payer Law. Over the years, we have handled many injury lawsuits related to car crashes. While car crashes can occur in many different ways, the main goal for injured victims is always the same: A fair, adequate settlement that completely covers all of your damages. Book your consultation as soon as possible, as the statute of limitations may prevent you from suing if you wait too long.