Things to Consider if Your Uber Gets Into an Accident 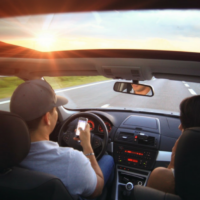 If you are in a car accident, you are typically aware of the steps you have to take to seek legal action against the responsible party. However, if you are a passenger in an Uber, the case becomes much more complicated. There a number of things you have to consider in order to pursue an Uber lawsuit. An Orlando accident lawyer such as Payer Law can provide you with guidance to pursue a claim against Uber if you were injured in an accident.

A lot of Uber drivers have dash cams

Because the Uber is technically being used for business rather than for leisure, the driver’s Personal Injury Protection insurance may not cover your injury. That means that you need to have your own insurance for your injury or you will be left paying out of pocket for your injuries. Typically, for drivers that already own cars, this is not an issue as they can get their car insurance to pay for the injuries.

However, for drivers that do not have their own vehicle, this can mean serious issues in terms of paying for their medical expenses. Most users of Uber do not have their own personal vehicle and thus will not have PIP insurance to cover their injuries if they get into an accident in an Uber. This is therefore a serious and important issue for you to consider.

You probably won’t be able to file an Uber lawsuit

When you enter an Uber, you immediately agree to their Terms of Use and that may include and arbitration clause which does not allow you to pursue a case against Uber in a court of law. However, there are exceptions to this and it is in these instances that you can make a claim against Uber. Don’t automatically assume that an Uber lawsuit is out of reach, contact an Orlando accident lawyer for help in figuring out your case.

Is your driver an employee or an independent contractor?

In certain states, a driver that works for a driving company like Uber is considered an employee of that company. This means that if an accident occurs, it will be the responsibility of the company to sort through the legal matters with the victim. However, if the driver is considered an independent contractor then the driver themselves is responsible for the accident. Uber wants to change legislature to make their drivers independent contractors rather than employees so you must be careful of what the law in your state dictates.

An Orlando accident lawyer can help you pursue a case against Uber if you are injured in an Uber. Payer Law is your best resource for understanding the legal technicalities of dealing with a car accident as a passenger of an Uber. Contact the office today to get a free consultation for your case.