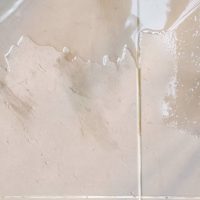 A “slip and fall” is one of the most common reasons for personal injury lawsuits in Orlando. These injuries can be deceptively severe, and they can lead to considerable medical expenses, missed wages, and a range of non-economic damages. Recently, Walmart was successfully sued by two different women for slip and fall injuries, with both women receiving six-figure settlements. These cases show that slip and fall lawsuits are commonly won in Orlando, and the rewards can be considerable.

If you have suffered a slip and fall injury at Walmart or any other establishment in Orlando, you should get in touch with a qualified, experienced personal injury attorney as soon as possible. With help from a qualified attorney, you can strive for a positive legal outcome and a considerable settlement for your injuries. These legal professionals can negotiate on your behalf and represent you in court if necessary. One thing’s for sure: these women who recently received six-figure settlements from Walmart had excellent lawyers.

On November 5th, it was reported that a jury in Florida had awarded $948,000 to a woman who had slipped at an Orlando Walmart back in 2016. She had slipped and fallen in the bathroom due to a wet floor. The floor of the bathroom had just been mopped, and the elderly woman slipped and struck her head on a bathroom stall. This caused a serious head injury.

She then successfully argued that Walmart staff should have kept the bathroom closed until the floor was dry, and they should have warned customers of the danger. These are Walmart’s own policies, which were evidently not followed. As a result, a jury in Apopka awarded the woman with the aforementioned settlement. It is worth mentioning that personal injury lawsuits hardly ever go to trial in this manner, since defendants are usually willing to settle out of court instead.

On November 18th, it was reported that Walmart had been ordered to provide another injured woman with a settlement for a slip and fall lawsuit. This woman had slipped due to leaking milk and condensation near a dairy cooler at an Orlando Walmart. A jury later determined that the Orlando Walmart was 100% at fault for the resulting injuries, and seven jury members awarded her $2 million after a few hours of deliberation. This individual suffered permanent injuries to her neck and right arm. She also had a pre-existing disability at the time of the injury.

If you want to give yourself the best possible chance of a positive outcome in your personal injury lawsuit, reach out to the Orlando personal injury attorneys at Payer Law. With our help, you can hold negligent parties such as Walmart accountable for your slip and fall injury. As past cases have shown, settlement amounts can be quite substantial. However, your chances of an adequate, fair settlement rise depend heavily on your choice of attorney. Book your consultation today, and we can immediately get started on an effective action plan.