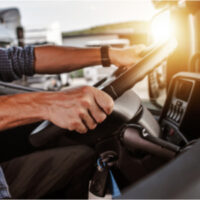 If you were involved in a commercial truck collision, there is a good chance that the truck driver was drowsy or even fully asleep at the wheel. According to research, 13 percent of truck drivers were fatigued at the time of their crash, as reported by the Federal Motor Carrier Safety Administration. Truck drivers often put in long shifts of back to back driving with little rest in between. The monotony and boredom of being on the road hour after hour and day after day can put a driver to sleep even if they are not sleep deprived.

Why Drowsing Driving is So Dangerous

Research has shown that simply being awake for 18 hours straight is comparable to being intoxicated—having a blood alcohol concentration (BAC) of 0.08 percent, the illegal drunk driving threshold. According to the Centers for Disease Control and Prevention (CDC), drowsy driving:

Distraction and Narcotics Are Used, Unaffectedly, to Combat Drowsy Driving

In an effort to stay awake, some truck drivers employ heavy use of caffeine or other stimulants. No matter the potency, caffeine and legal or illegal stimulants eventually wear off, and are simply masking the problem in the first place. Drowsy driving coupled with the ingestion of illegal street drugs such as cocaine or methamphetamine enhance the danger of the driver, they do not diminish it. Similarly, drowsiness caused by boredom is often combated with distractions—truck drivers, not dissimilar to passenger vehicle drivers—use their mobile devices, TV screens, and even laptops in an attempt to keep themselves entertained and awake. This distraction, of course, causes serious dangers in addition to the underlying fatigue and drowsiness.

Proving That The Truck Driver Was Drowsy

It is not always crucial to prove that a truck driver was drowsy, using drugs, or distracted at the time of the crash. Eyewitness accounts and crash scene evidence, such as tread marks, may be enough for police and investigators to make an accurate assessment of what happened, and who to hold at fault. In other cases, proving that the driver was drowsy may be of benefit. This can be accomplished by:

If you were injured in a truck collision, an attorney can help prove that you were not at fault, and that the truck driver’s fatigued state caused the collision. Call our Orlando truck accident attorneys at the Payer Law today at 407-307-2979 to schedule a free consultation.