Train Accidents In Florida Are Shockingly Common: Here’s What You Can Do About It 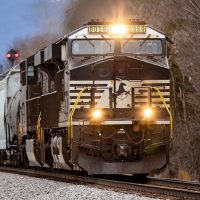 Train accidents seem to be making headlines more frequently than ever before. While this problem is significant throughout the entire nation, Florida apparently has a particularly serious issue with train safety. Numerous people have been struck or otherwise injured in Florida train accidents within the past few years, with some suffering fatal injuries. While these problems continue, train safety policies in the state remain surprisingly static – with few improvements to help save lives. So what can you do if you have been injured by a train in Florida?

The Most Recent Train Crashes in Florida

On October 7th, it was reported that a person had been struck and killed by a Brightline Train in North Miami Beach. A news helicopter spotted a body covered with a tarp, although the authorities never revealed the circumstances of the crash – or why the individual was on the tracks in the first place when the train struck them.

Exactly a month earlier, another train accident occurred in Plant City. This accident involved a “partial collision” between a train and a truck. According to the authorities, the truck was merely “clipped” by the oncoming train – suggesting that this accident could have been much worse. No injuries were reported.

A month before that in early August of 2022, a person was struck and killed by a Brightline train in Lake Fort Worth. This was the third time that week that someone had died due to being struck by a train in Palm Beach County. In the Lake Fort Worth incident, the pedestrian was walking across the railroad tracks when they were struck by a northbound train. An article by WPTV published at this time determined that Brightline has the worst death rate per mile of any railroad in the entire nation. That being said, investigators looked into this worrying statistic and discovered that most of the fatal incidents were not the railroad’s fault. Perhaps even more worryingly, many of these incidents were actually suicides.

Also in October of 2022, it was reported that a trial was beginning in Spain for a train crash that killed 80 people back in 2013. The train driver is facing a four-year prison sentence for criminal negligence. This shows how bad train accidents can be.

Where Can I Find a Florida Train Accident Attorney?

If you’ve been searching for a Orlando train accident attorney, you need look no further than Payer Law. With a wealth of experience in personal injury cases, we are well-positioned to guide you towards a fair settlement. We know that train injuries can leave families with few resources and little hope. A settlement can provide you with compensation for medical expenses, missed wages, funeral expenses, emotional distress, and many other damages. If you’d like to learn more, feel free to book a consultation today.