Suing After Being Injured In A Florida Crane Collapse 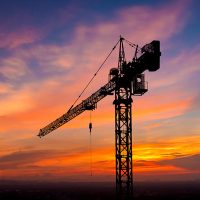 Crane collapses are more frequent than you might imagine in Florida, especially when you consider the high levels of construction in the Sunshine State. Unfortunately, this puts average people at risk – as a crane collapse can easily threaten not only construction workers but also everyone within a certain radius of the accident. If you have been injured during one of these incidents, you deserve to be compensated for your damages. But how exactly do you sue after a Florida crane collapse?

Crane Collapses on I-95

On December 8th of 2022, it was reported that a crane had collapsed on I-95, causing the death of one construction worker and the injury of another. The crane was part of a highway construction project that apparently put innocent motorists in danger. It is a miracle that no one else was injured. Further investigation found that the construction company involved in this accident had been involved in numerous past accidents, including another fatal crane accident in 2021. The Florida Highway Patrol is still investigating why the crane collapsed on December 8th.

Crane accidents are relatively common in Florida. Earlier in 2022, two workers were killed and a third was injured after a crane accident in Boynton Beach. The accident involved collapsing concrete that left victims buried under concrete debris. Also in 2022, a crane collapsed on Pensacola Beach, falling straight onto a barge. Fortunately, no one was injured in this case. In 2021, a crane collapse near AdventHealth Orlando left one person hospitalized with a traumatic injury. The crane collapsed into a parking lot, potentially putting numerous people in danger. In 2017, Hurricane Irma caused three cranes to collapse across South Florida. Some cranes toppled into high-rises that were still under construction, causing the city to warn everyone in the affected area to “seek shelter.”

In 2018, a crane collapsed directly onto several homes in a West Florida neighborhood. Two injuries were confirmed, and one of the occupants of these crushed homes was rushed to a nearby hospital. It was reported that this accident occurred while the crane was involved in the installation of power poles.

Who Can You Sue After a Crane Collapse?

If you’ve been searching for a qualified Orlando personal injury attorney, look no further than Payer Law. Over the years, we have helped numerous injured plaintiffs across the Sunshine State. With our help, you can strive for a settlement that covers your medical expenses, missed wages, emotional distress, and any other damages you might have been forced to incur. Remember, the statute of limitations may prevent you from suing if you wait too long. Book your consultation today to get started with an effective action plan.