Several Floridians Harmed By Tow Trucks In One Week 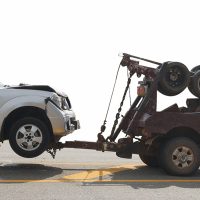 In the space of just one week, several Floridians have been seriously harmed by truck accidents. Some have been killed. For many years now, the state of Florida has been aware of the safety concerns that surround commercial trucks. And yet, nothing seems to be changing. If you have been injured in a truck accident, you already know how serious these crashes can be. You also know that it’s far too late for safety reforms and legislative changes. The damage has already been done, and you may have serious injuries to contend with.

Fortunately, injured victims can file personal injury lawsuits after being harmed in semi-truck accidents. Enlist the help of a qualified, experienced personal injury attorney, and you can hold negligent parties accountable for your injuries. After filing a lawsuit, you can recover a settlement for your various damages. These might include medical expenses, missed wages, and a range of non-economic damages.

On October 10th, it was reported that a semi-truck driver had lost his life after stopping on the side of M-66 outside of Emmett Township. The driver exited his vehicle to examine it more closely but was struck by a pick-up truck driver. This pick-up truck driver had attempted to move right to avoid another semi-truck, which was slowing down. He then struck the rear of the stopped semi-truck, which rolled over and killed the trucker standing next to it. Police are now investigating the crash more closely.

A semi-truck driver who ignored traffic cones has been accused of negligence after injuring a Road Ranger. The incident occurred on October 7th of 2021 in Hernando County. The trucker first encountered slow-moving traffic before swerving to avoid a line of vehicles, crashing into a concrete barrier. His vehicle then burst into flames. Then, a Road Ranger arrived and started placing traffic cones around the scene, but was struck by another driver who ignored traffic cones and deliberately drove around them.

On October 5th, it was reported that a semi-truck had caused minor injuries after rolling over on Highway 27. The accident was caused after the semi-truck’s right tire blew out. This caused the trucker to lose control of the vehicle, and he then hit a pick-up truck driver.

For help from a skilled Orlando personal injury attorney, reach out to Payer Law. With our help, you can pursue a lawsuit in an efficient, confident manner. No one should have to suffer unnecessarily after suffering injuries in a truck accident. A lawsuit can provide you with the financial assistance you need to heal and fully recover. Book your consultation today, and we can begin work on an effective action plan together.