Who Is Responsible? What To Do If Your Security Guard Injures Someone 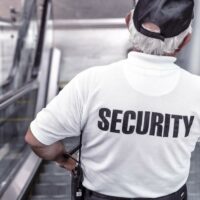 Have you ever been a victim of harassment by a security guard? Or has such an encounter led to bodily harm either to you or to your loved ones in Orlando, Florida? Apparently, one of the most asked questions in regards to security guards is, “ can a security guard touch you? ” This question has no direct answer. By that we mean, yes, a security guard can touch you if you are rowdy or you threaten to harm yourself or cause others harm. However, if you feel that the security guard was in the wrong and maybe the action or inaction by the guard has resulted in a personal injury, it is advisable that you talk to an Orlando Personal Injury Attorney from Payer Law in Orlando, FL for proper legal advice on how to deal with the matter.

Security guards, just like any other workers, are duty-bound to carry on with their business in a manner that is not negligent. A security guard can be liable for negligence if it is proved that she or he was supposed to act in a particular way and failed to act in that way and this failure resulted in injury or damage to you or to someone else. In negligence cases, there is no requirement to prove intent, a simple accident or recklessness can be grounds to file for a personal injury claim on the basis of the guard’s negligence.

It is important for you to understand that certain jurisdictions allow security guards to exercise some reasonable amount of force in the course of their work. A security guard is tasked with the responsibility of maintaining peace and protecting both property and human life. If in any case, someone tries to disturb the peace, destroy property or harm a person, the guard is tasked with protecting, and the guard is expected to use reasonable force to stop such a person or persons. However, the security guard must use reasonable force. Failure to do so or too much force can result in an Orlando Personal Injury Attorney to be hired to file a personal injury claim against the security guard.

Can a Security Guard Touch You or is That a Case of Intentional Tort?

When trying to answer the question, “Can a security guard touch you?” some also ask, if the security guard touches me and harms me, can I sue his or her employer? Well, the answer to this question depends on the local laws. In some jurisdictions, the law stipulates when and how the employer can be held liable for the actions or inactions of his or her security employees. You are advised to speak to an Orlando Personal Injury lawyer who will advise you on whether this is possible or not.

There are many instances where a security guard can go overboard and misuse his or her powers. If you ever fall victim to such excesses, speak to an Orlando Personal Injury Attorney from Payer Law. Our team has the legal expertise needed to ensure that you recover damages for personal injury suffered by you. Contact us today to schedule a consultation.