Recent Crashes In Florida Are Causing All Kinds Of Issues 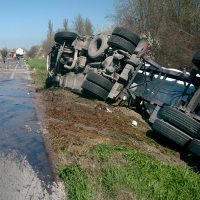 New crashes across Florida are causing all kinds of issues, including injuries, destroyed businesses, and deaths. It’s clear that traffic safety is a major problem in the Sunshine State. Injured victims may be struggling with missed wages, medical expenses, and a range of non-economic damages, like PTSD and depression. In many cases, the only option is to get in touch with an attorney and pursue a settlement.

If you have been injured in a Florida car crash, you can pursue compensation by connecting with a qualified, experienced personal injury attorney. It’s best to get in touch with one of these legal professionals as soon as possible because the statute of limitations can prevent you from suing if you wait too long. If someone else caused your accident, you are fully within your rights to take legal action and pursue compensation for your injuries.

Two People and One Dog Killed in Melbourne

On January 22nd, it was reported that two people and a dog had been killed after a “violent crash” in Melbourne. The crash involved a UPS truck, a minivan, and a smaller sedan. The smaller vehicle became wedged underneath the UPS truck, and the victims were quickly pronounced dead.

Driver Attempts to Assist With Accident, Resulting in Second Fatality

On January 24th, it was reported that one fatal crash had led to a second death in Orlando. After one vehicle was rear-ended, a road ranger pulled over to assist. A car then rear-ended the road ranger’s truck. The road ranger was unharmed, but the rear car was crumpled, resulting in the driver’s death. The initial rear-ender was also fatal.

On January 22nd, it was reported that a Sand Truck had smashed into the side of a hardware store in Jacksonville, almost completely destroying the building in the process. According to this report, the crashed truck is actually holding up the entire building now, and the hardware store has been condemned. This accident was allegedly caused because a 15-year-old driver cut in front of the sand truck, causing it to swerve and hit the hardware store.

On January 21st, it was reported that a semi-truck had rolled over in Jackson County, causing one death and one injury. The rollover was reportedly caused by a 19-year-old driving a pickup truck, who struck the side of the semi-truck. The trucker was seriously injured, and he was transported to a nearby hospital.

The Orlando car accident attorneys at Payer Law can help you recover compensation for your injuries. We have helped numerous injured victims over the years, and we’re passionate about fighting for the rights of those who have been harmed in car accidents. Unfortunately, negligent drivers are common in Florida, and injuries occur quite regularly. With our help, you can pursue the compensation you need to heal and recover. Book your consultation today.