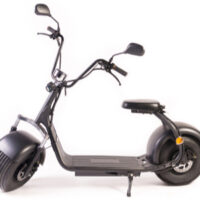 E-scooters—or electric scooters—have taken Orlando, like many U.S. cities, by storm. Orlando recently limited each electric scooter company, such as Lime, to 1,800 scooters per company and no more than 400 per fleet, according to Orlando Weekly. The city has also placed restrictions on speed (the top legal speed cannot exceed 10 miles per hour); ordered Lime to create places where users can rent helmets; and due to concerns about congestion and cleanliness, has created GPS exclusionary zones where scooters cannot be ridden, such as Lake Eola and Pulse. However, pedestrians are still being injured by careless and unskilled scooter riders, and pedestrians and cyclists are still tripping over and crashing over scooters that have been left tipped over haphazardly in the middle of sidewalks. If you suffered an injury due to a scooter rider, or were injured in a trip and fall incident involving an improperly docked/parked scooter, you need to contact an Orlando personal injury attorney.

The U.S., and Florida in particular, has a transportation crisis on its hands. Single-occupant vehicles such as cars and pickup trucks cause pollution, lead to tens of thousands of traffic deaths every year, are incredibly expensive to buy and maintain, and require surface street and highway infrastructure that not only costs billions of dollars to maintain, but divides communities and makes walking and biking dangerous to downright impossible. E-scooters are one of a few new ideas to take on our transportation issues, as they are cheap to rent and can be used to get around the “last mile” problem that public transportation has yet to solve, according to Forbes. However, e-scooters lead to serious collisions with pedestrians, who are already limited to narrow and sometimes congested sidewalks.  Being hit head-on by a 120 to 200 pound person riding a scooter at 10 miles per hour can lead to serious injuries.

Pedestrian Who Tripped Over an E-Scooter

If you tripped over an e-scooter that way laying on the sidewalk, near a store front, or in the street, you may be able to file a personal injury claim with Lime, or whichever company the e-scooter belonged to. Trip and fall injuries may not sound as serious as other types of traffic injuries, but they can still lead to fractured wrists, traumatic brain injuries, spinal cord injuries, lacerations, whiplash, and serious contusions.

Cyclist Who Crashed Over an E-Scooter

Just as a pedestrian who tripped over an improperly placed e-scooter, a cyclist who crashed over an e-scooter that was laying on the sidewalk or in the road can also seek compensation from the e-scooter company directly.

We Can Win Your Orlando E-Scooter Collision Claim

Here at the Payer Law, our Orlando personal injury lawyers can help you win your e-scooter injury claim. Call us today at 866-930-1238 to schedule a free consultation.