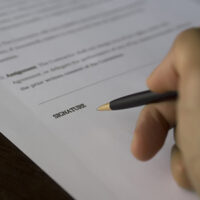 If you are thinking about filing an injury claim with an Orlando injury attorney, chances are that you could use financial assistance with your expenses. This is probably due to several factors. An important consideration is your health care costs. If your medical bills are soaring, you undoubtedly hope to settle your claim so that injury-related bills, including medical treatment and lost wages, can be compensated by the defendant.

However, as any Orlando personal injury attorney can tell you, there is no specific time frame for processing a personal injury claim through the court system. Except for simple cases with low costs and simple issues, many claims require months or even a year or longer to move through the legal system. Usually, more complex cases take more time for discovery and trial preparation. However, instead of waiting for a case to be assigned a trial date, a personal injury law firm like the Payer Law can explore with you the various options for settling your case instead of going to trial. Settlement opportunities vary according to the nature of the injury, documentation availability, personal witnesses and expert testimony, and court scheduling. As each side evaluates information about the case, positions will be taken with the goal of either settling or going to trial. Most legal experts agree that anywhere from 65 percent to 98 percent of personal injury cases are settled out of court before going to trial. The following factors may play a role in settlement options.

Sometimes a personal injury case is clear-cut, like a broken foot, but without adequate proof that the defendant caused the injury, the claim may be considered weak and unsuitable for trial. Sometimes medical professionals inadvertently add erroneous information to a file, such as when symptoms began or when the patient was diagnosed. Small unintentional errors can have a huge impact on a case, as doctors are often reluctant to change their file notes if a discrepancy is noted. When inaccuracies are discovered that cannot be remedied, the case may need to be settled rather than risk going to court.

The believability and reputation of a plaintiff or defendant or their witnesses can sometimes steer a case toward settlement. If someone has difficulty sticking to the facts or for some reason is difficult to understand, the attorneys on that side of the claim may press for a settlement to avoid confusion during legal proceedings.

The extent and amount of losses might play a role in whether the case goes to court or moves toward settlement. Smaller cases based on minor injuries usually require less time to settle, while larger cases generally need more time and effort to sort through the issues and assemble pertinent evidence. However, even larger cases can be settled in favorable circumstances.

If the patient’s health is deteriorating or he or she is being transferred overseas, for example, the settlement is sometimes preferred. Sometimes attorneys with a heavy case load will urge settlement if the opportunity presents and the client agrees.