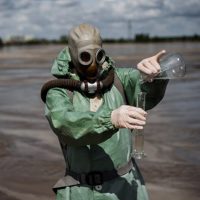 In chemical plants and testing facilities across the nation, massive corporations are using all kinds of toxins and harmful substances. Some companies, such as Lockheed Martin, might argue that using these chemicals is necessary for the economic and military strength of the United States. But what happens when innocent people get hurt? What can you do if you have been exposed to toxins or dangerous chemicals in Orlando, and you know that a private company is to blame?

If you have been exposed to any kind of toxin or chemical by a negligent third party, you can file a personal injury lawsuit. In order to do this, you’ll need to get in touch with a qualified, experienced personal injury attorney in Orlando. These legal professionals can guide you forward in an efficient, confident manner. With their assistance, you can recover a settlement that will cover your damages, including medical expenses and missed wages.

In August of 2021, it was reported the family of a deceased landscaper in Orlando was filing a wrongful death claim against Lockheed Martin. The famous aerospace company was accused of exposing the individual to toxins and “volatile organic compounds.” These were essentially waste products that the company had produced while testing and manufacturing various missile systems, such as the Hellfire.

The landscaper had been running his business just 600 feet away from land with a long history of toxic waste issues. Due to an allegedly negligent cleanup process, toxins were not property destroyed. After finding their way into the soil and groundwater, they became airborne. These airborne toxins then allegedly harmed the landscaper and caused him to develop a form of aggressive brain cancer. He passed away 18 months after being diagnosed with this brain cancer. In an official statement, Lockheed stated that they will “vigorously fight this litigation.”

This could be an indication of things to come in Orlando. Lockheed Martin no longer owns the land in question, and it was sold to Universal in the late 90s. Universal (which is also named as a defendant in this lawsuit) is planning to expand its theme park into the allegedly toxic land, and this has raised serious safety concerns. In response, Universal has stressed that the property poses “no health, safety, or environmental risks.” However, contamination on the site has been previously confirmed during the 1980s, and again in the 90s. Could we see more lawsuits in the future because of this contamination?

For help from a skilled Orlando personal injury attorney, contact Payer Law. We have been helping injury victims in Orlando since 1999, and we are ready to fight for your rights. Companies have no right to expose innocent people to toxic chemicals, and you are fully entitled to file a lawsuit if you have been harmed by these acts of gross negligence. Book your consultation today, and we can go over your legal options together.