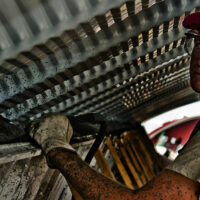 Many work-related injuries that employees sustain are due to accidents, but some of these injuries are the result of occupational diseases. Under workers compensation insurance, all states provide some coverage for diseases that are a result of their occupation. Employees who sustain work-related diseases receive the same benefits as employees who are directly injured in accidents on the job. However, when it comes to the types of diseases that they cover, state laws vary widely. A disease that one state may cover may not be covered at all by another. This is why it is important to inform yourself regarding such matter if you think it is relevant to your occupation or health, and if necessary, hire an attorney. Payer Law Group is a top workers compensation attorney Orlando residents trust. Call us today for a consultation regarding your work-related disease or injury.

What Defines a Work-Related Disease?

Occupational Diseases May Depend On Your Nature of Employment

There are illnesses which may qualify as an occupational disease for certain workers but not others. For example, if a medical lab technician contracts tuberculosis from bacteria that is released when a specimen tube breaks and a data entry worker contracts tuberculosis from the said employee, they may have different statuses. The lab worker’s tuberculosis might qualify as an occupational disease since the illness was tied directly to the nature of his employment in the lab, but the illness of the data entry worker does not qualify since their job is not directly connected to interacting with the diseases. Firefighters are often exposed to smoke and other toxic substances that can cause disease while on the job. Thus in some states, firefighters are presumed to have an occupational disease if they develop certain types of cancer or other ailments.

Occupational diseases are defined differently in every state and it may be confusing trying to figure out whether or not your situation qualifies for workmans comp. This is why it may be important to inform yourself regarding the matter as well as to seek guidance from an attorney. Payer Law Group is a top workers compensation attorney Orlando residents trust. Call Payer Law Group today for a free initial consultation!