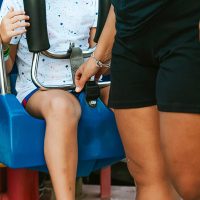 In 2019, there were almost 1,300 theme park injuries in the United States. Since a tremendous number of America’s theme parks are located in Florida, this means that many of these injuries were sustained within the Sunshine State. Clearly, this is a major issue – so why are regulators so slow to act? This has become something of a controversy in recent years, especially considering the state government’s recent combativeness towards theme parks such as Disney World.

If you have been injured at a Florida theme park, it makes sense to get in touch with a qualified, experienced personal injury attorney as soon as humanly possible. These legal professionals can guide you towards a fair, adequate settlement that you can use for medical expenses, missed wages, emotional distress, and any other damages you might have sustained. Due to the statute of limitations, you may be prevented from taking legal action if you wait too long. This is why it’s always a good idea to be as proactive as possible.

According to state laws, theme parks can self-report ride injuries. This has caused considerable concerns over the years, and as one observer put it: “The fox is guarding the hen house.” This system has led to vague reports with few details, leaving government regulators in the dark as to the true extent of safety concerns at Florida’s theme parks. Experts say that this system lacks accountability and transparency, and people are asking why the Florida government hasn’t done more to re-evaluate and reform it.

The obvious question is why the system isn’t subject to independent oversight. A theme park will obviously present the facts in a certain way in order to avoid legal issues and keep their business operational. An independent inspector may discover that these accidents are much more serious than they appear based on the reports. But no one is ever given the opportunity to take a closer look.

It seems inconceivable that the Florida Department of Agriculture and Consumer Services has conducted meetings in 2020 and 2021, and yet no changes have been made to the policy. Government officials claim that issues arise because accessing more detailed information would mean compromising legal protections and confidentiality in pending lawsuits.

Meanwhile, theme park patrons are being subjected to a worrying new trend that involves people on roller coasters being pelted with items – including BBQ sauce.

If you’ve been searching for a qualified, experienced Orlando personal injury attorney, look no further than Payer Law. Over the years, we have assisted numerous injured plaintiffs, and we know how serious theme park injuries can be. With our assistance, you can strive for the best possible results and pursue a fair, adequate settlement. Remember, internet research only gets you so far. To make real progress, you need to book a consultation with an attorney and receive personalized legal advice face-to-face. Get in touch today.