Motorcycle Helmets: Does Not Wearing a Helmet Decrease My Compensation? 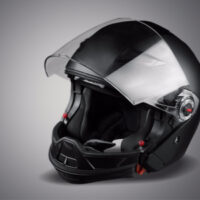 As a motorcyclist in Florida, you have the option to ride with or without a helmet if you are 21 or older. Many motorcyclists choose to use this option, and prefer to ride without a helmet, but they may be unaware that, if they are hit by a car, their personal injury claim could be negatively impacted due to Florida’s comparative negligence doctrine.

Under Florida statute 316.211, anyone over 21 who has a personal injury protection policy of $10,000 may “ride upon a motorcycle without wearing protective headgear securely fastened upon his or her head.” The law, allowing adults 21 and over to ride without a helmet, was passed in 2000, and motorcycle fatalities went up dramatically by 48.6 percent, according to research. Because it is so widely known that helmets prevent death and reduce the chance of serious brain injury, not wearing one can be used as a reason to decrease a victim’s compensation.

Florida’s doctrine of comparative negligence is used to reduce a victim’s compensation by the degree of their own fault, or liability. For example, if road user A cut off road user B and caused a collision, and road user B did nothing to cause the crash, they would be able to collect 100 percent of their damages. However, if road user B was speeding, they may be held 30 percent liable, and therefore their damages would be reduced by 30 percent, reducing their compensation to just 70 percent of what it would be otherwise. The same principle is applied to injuries that the victim sustained, not just “fault” in terms of who caused the crash. So, if the motorcyclist was the one who got cut off, even if they were not speeding or doing anything unlawful, the fact that they were not wearing a helmet can be used to reduce their compensation. If it is found that by not wearing a helmet, the motorcyclist “contributed” to 50 percent of their damages or more, they cannot collect any compensation. This seems unfair to motorcyclists who had no part in causing the crash, and who were following the law to the T, but it is an unfortunate fact that an insurance adjuster is likely to attempt to reduce your compensation if you were not wearing a helmet.

Injuries to Body Parts Other Than the Head

Obviously, a helmet only protects the motorcyclist’s face and head. As such, compensation for an injury to the leg or body should not be impacted by comparative negligence when it comes to whether the victim was wearing a helmet or not.

If you were injured in a crash caused by another party, an attorney can help you maximize your compensation, whether you were wearing a helmet at the time, or not. Call the Orlando motorcycle accident lawyers at the Payer Law, LLC at 407-307-2979 for a free case evaluation today.