More Theme Park Accidents In Florida: When Will They End? 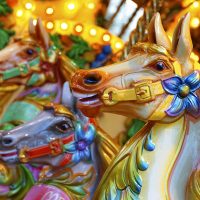 New questions are being raised about the safety of Florida’s many theme parks as two more people have been injured during this past week alone. It is unknown whether these accidents will lead to lawsuits or settlements, but it’s safe to say that the victims face considerable injuries. As a result, they will likely deal with various medical expenses, missed wages, and other losses. But how did these accidents happen, and could they have been avoided?

If you have been injured at a Florida theme park, you should get in touch with a qualified, experienced personal injury attorney in Orlando. Many of these legal professionals have considerable experience with theme park accidents, and they can help you strive for the best possible results. It’s best to get in touch with one of these lawyers as soon possible, as the statute of limitations may prevent you from suing if you wait too long.

On April 15th of 2022, it was reported that a boy had been injured at SeaWorld. He was riding the “Ice Breaker” roller coaster at the time of the accident. This is SeaWorld’s newest ride, and questions are already being raised over whether it was adequately tested prior to being revealed to the public. The injury actually occurred all the way back in February, but the details are just now emerging with SeaWorld’s required release of its incident reports.

The exact nature of the injury was never revealed, but we do know that his left leg was affected, and he had to be hospitalized for at least 2 hours. Some have speculated that the boy might have broken his leg. Not long after this incident, SeaWorld announced that it was changing its height requirements, stating that there were “operational issues” with smaller individuals on Ice Breaker. It is not known whether the boy’s injury caused SeaWorld to make these changes.

On April 15th, it was also reported that a guest had suffered a fall at Disney World, resulting in a fracture. This guest was apparently riding the Prince Charming’s Regal Carousel at Magic Kingdom. At some point, she attempted to get off her horse – but suffered a fall. Unfortunately, this led to a hip fracture. This was just one of many accidents detailed in Disney World’s recent incident reports, which they are required to release on a regular basis. These deports also contained details of people having seizures on certain rides, while others suffered strokes, seizures, or losses of consciousness.

The dedicated Orlando personal injury lawyers at Payer Law are prepared to help you throughout each step of your case. Over the years, we have helped numerous injured plaintiffs as they strive for fair, adequate compensation. These theme park injuries illustrate the fact that many property owners clearly allow innocent people to experience harm in Florida. These property owners should be held accountable, and you can do just that after booking your consultation. Reach out today.