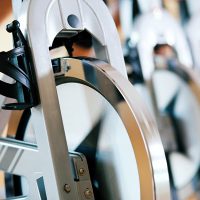 We don’t know exactly what happened, but at some point, the child fell off the stationary bike and sustained various injuries for which he required medical treatment. The plaintiff also alleges that it was during a “spin class” that he was injured. In that case, the plaintiffs may have a very strong argument.

Below, we’ll take a look at some of the issues facing both sides in this lawsuit.

When a child is injured at a gym or a playground, most people wonder, “Where were the parents?” In fact, juries are most likely to blame parents for these injuries because juries believe that it is the parents’ job to supervise and protect their children, not some random stranger they are meeting for the first time. This bias can be very hard for an attorney to overcome in a personal injury lawsuit.

On the other hand, if an individual is tasked with that supervision and they fail, parents can be very trigger-happy when it comes to targeting the negligent party. So, strong opinions in both directions need to be managed to successfully try a case.

Another element of this lawsuit is whether or not the bike was defective at the time of the incident. It remains unclear from the complaint exactly how the child injured himself. We only know that he fell off the bike, the plaintiffs are making vague allegations that the bike was not fit for use, and that the fitness center was negligent for allowing the child to use the defective bike.

The child’s own behavior will be a consideration in this suit. A jury will not find that parents who dumped their child on a fitness class instructor deserve compensation when he is injured. The fitness instructor may or may not have certification to deal with children. So, a lawsuit like this could go either way depending on the strength of the allegations and the extent of the fitness center’s negligence.

If you or someone you love has been injured due to the negligence of another party, call the Orlando personal injury lawyers at Payer Law today to schedule a free consultation and learn more about how we can help.