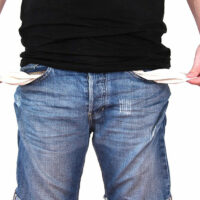 A car accident can take a large toll in emotional, physical, and financial ways. Injuries sustained through the car accident can cause the victim to go through financial strain, which can be compounded if they miss days of employment. If you are involved in a car or truck accident in which you are the victim and sustain physical injuries, your car insurance company may compensate you for lost wages. Eligibility for this compensation will depend on your car insurance and ability to file the claim with the proper information. If your car accident has resulted in a loss of income that your car insurance company should compensate you for, you may need to talk to an attorney. Payer Law is a top car accident lawyer Orlando residents trust. Call us today for a free initial consultation.

Sustaining an injury in a car accident can keep you from working and earning the money that you would have received normally if you had not been injured in the accident. What lost wages refer to is the money that you cannot earn at your job due to your injury. An example of lost wages would be if you have a broken hip from a car accident and are unable to get to work for several months, you are entitled to the months of wages IF your car insurance policy covers these lost wages. If you are the victim in the situation, it also may be that the other party involved who caused the accident may need to compensate you if your insurance doesn’t cover lost wages. Lost income includes lost wages for the period during which you do not work, any earning capacity that is lost if you receive a long-term disability from the accident and is unable to earn as much money as you did prior to the accident, as well as any lost opportunities such as missing a job interview while you are recovering from the injury.

Steps To File a Claim for Loss of income

There are several steps that you should take in order to reclaim lost wages following an accident. There are several coverage types that can be utilized to collect lost wages. One type of coverage you can use to file is liability bodily injury coverage. If the other driver was being negligent and caused your injury in the accident, you are able to file a lost wages claim through the at-fault drivers bodily injury liability coverage. You can file under uninsured/underinsured motorist coverage if you are hit by a driver without insurance or if the other driver involved has inadequate coverage. It is also possible to collect lost wages under your uninsured or underinsured motorist coverage, if you have it. Personal injury protection, or PIP coverage, is required in no-fault states and can be optional in some others. PIP coverage pays for your injuries and lost wages up to your policy’s limits, and do not take into regard fault. This means that you can collect against your own coverage even if you are the driver at fault.

If you have experienced loss of income due to injuries sustained in a car accident, you may need to talk to an attorney before filing a claim. Payer Law is a car accident lawyer Orlando. Call us today for your free initial consultation!