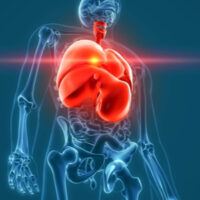 Through blunt force trauma, perforation from a broken bone, extreme pressure from a seat belt, or puncture wounds caused by metal, glass, or other objects, car crash victims can be left with serious life threatening internal organ damage. Sometimes, these injuries are discovered hours or even days later. Victims should be compensated fairly for these extreme injuries, many of which require surgery to remove or repair the damaged tissue. Serious organ damage may require the complete removal of that organ, such as a kidney, resulting in lost value of life and disability. These damages must be properly compensated for by the at-fault party whose negligent driving resulted in the injuries.

Internal organ damage is difficult to diagnose, and sometimes even more difficult to treat. Victims may end up losing large parts of the damaged organ, and suffer a diminished quality of life and health as a result. If you were injured in a traffic collision and suffered any damage to your internal organs, you need to talk to an attorney as soon as possible. Call the experienced Orlando personal injury lawyers at the Payer Law today at 866-930-1238 to schedule a free consultation.