Injured at an Amusement Park? What Florida Residents Should Know 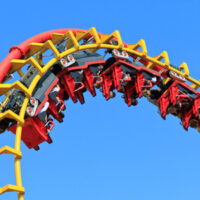 Last year, the HBO documentary Class Action Park showcased the amazing true story of what many believe was the most dangerous amusement park in history.  While the documentary provided a funny take on the story, the reality is that amusement parks are a consistent source of personal injury lawsuits.  Previous reports have indicated that close to 9,000 injuries were reported in amusement parks nationally in a given year, with approximately half of those injuries occurring to children.

Florida is home to dozens of Amusement Parks.  Orlando alone hosts some of the biggest names in amusement parks, including Magic Kingdom, Epcot, SeaWorld Orlando, Universal Studios, and Discovery Cove.  With all of these attractions in close proximity, it is no wonder that Florida draws millions of visitors each year.

If you have been injured in an amusement park ride, or you simply would like to know more information about your options for legal action in the event of future injury, read on to discover what Florida residents should know about amusement park injuries.

There are a number of different scenarios that cause amusement park injuries, including:

When attempting to submit a personal injury claim, it will be important for you as the plaintiff to be able to prove negligence on behalf of the amusement park and/or the ride operator.  Proving negligence varies in complexity.  For example, if the amusement park failed to properly display warning and safety signs, or the operator failed to adequately instruct riders on proper safety precautions, this could result in a clear case against the park.

Other sources of negligence are somewhat harder to prove, such as the failure to properly train ride operators, failure to conduct regular ride inspections, or failing to keep rides maintained in a safe manner.  If plaintiffs have a reason to believe that any of these factors contributed to their damages, then consultation with a personal injury attorney should help to clarify these concerns and validate the case.

Amusement parks employ a number of tactics to mount a defense against personal injury suits filed by visitors.  The most common is to claim that by visiting an amusement park, patrons inherently take on a level of risk associated with riding roller coasters and other attractions.  This is sometimes stated in a park’s terms and conditions when purchasing admission tickets, or sometimes a disclaimer is even listed directly on the ticket itself.

For over three decades, the Miami personal injury attorneys at Payer Law have been helping individuals earn compensation for their injuries suffered due to negligence of amusement park operators.  If you are seeking options for injuries sustained at a Florida amusement park, contact our office today.