How Easy Is It To Sue Disney World? 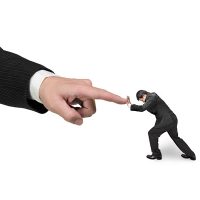 Plaintiffs always deserve the right to sue companies for causing injuries – whether they’re filing lawsuits against major companies or a small family business. But how easy is it to sue a massive corporation like Disney? Well, you can bet that this company will hire some of the best lawyers in the United States, and you will certainly be faced with a challenge. But does this really mean that you should simply give up and forget about your lawsuit?

One thing is certain: if you’re planning to sue Disney World, you’re going to need a qualified, experienced personal injury attorney. Many of these lawyers are fully capable of going toe-to-toe with Disney’s best attorneys, and they can help you fight for your rights in an effective manner. It makes sense to get in touch with one of these attorneys as soon as possible. The sooner you connect with a lawyer, the sooner you can begin developing an effective action plan.

Lawsuits Against Disney World Can Take Years to Resolve

The first thing you need to know about suing Disney is that it can take quite a while to receive your settlement. This is because lawsuits like these are subject to considerable delays, appeals, and other time-consuming elements of a typical trial. Sometimes, lawyers intentionally delay trials to put pressure on injured victims. In other cases, it is the victims who delay the trial by holding out for a larger settlement.

In 2019, a guest at Disney World tripped and fell on a brick paver outside a Disney Springs location. The plaintiff alleged that the theme park failed to properly maintain its grounds and created a hazardous walkway. Specifically, they stated that the park should have used non-skid paint, signage, and other safety measures to avoid slips and falls. This guest was only seeking about $30,000 in compensation, but the trial was still dragging on in 2022 – more than a year later. This should give you some indication of how time-consuming these trials can be.

Suing Disney Can Leave You Bankrupt

Suing Disney can also have a tremendous impact on your finances. In January of 2022, it was reported that a former cast member had sued the Walt Disney Company a total of three times, failing on each occasion and bankrupting herself in the process. Apparently, she alleged that she was being discriminated against for being Columbian, and she was never able to prove that this was actually the case. Some plaintiffs simply choose not to sue Disney, as was the case when a toddler was killed by alligators at the resort.

Reach Out to Our Office Today

For help recovering compensation, reach out to the dedicated Orlando personal injury lawyers at Payer Law. Over the years, we have helped many injured victims, and we know that going up against a major company like Disney can be quite daunting. However, the justice system guarantees that all will be viewed equally in the eyes of the law, and there is no escaping consequences if companies were clearly negligent. Book your consultation today, and we can help you explore your legal options.