Hit By a Student Driver? 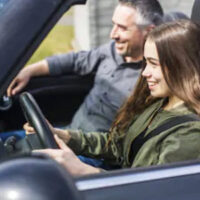 Everyone has to learn at some point (though it seems that many drivers never truly do). It is just unfortunate that you had to be the unlucky person that a new driver crashed into. However, simply because you were the victim in a student driver collision does not mean that the other driver will automatically be held liable. It may seem like a pretty clear cut case, but you still need to work with an attorney to not only prove the other party’s negligence, but to ensure that you were awarded fairly for the full costs of your medical expenses, lost wages, pain and suffering, and more.

The Facts About Teen Drivers

Teenagers make dangerous drivers for a variety of reasons. They generally lack impulse control, make risky decisions, do not weigh the consequences of their actions, are prone to peer pressure, and are more likely to drink and drive than many older age groups. And, newly licensed teens are 50 percent more likely to die in traffic crashes than 17-19-year-olds, according to the CDC. Drivers between the ages of 16 and 20 make up just 6.3 percent of the driving population, yet are involved in 35.6 percent of fatal crashes according to the Insurance Information Institute.

Whether you were injured by a student driver under the supervision of an instructor or a parent, you need to call an attorney at your earliest availability. Our Orlando auto accident attorneys can help get you the compensation you need and deserve. Call the Payer Law today at 407-307-2979 to schedule a free consultation at once.