Hit By a Stoned Driver 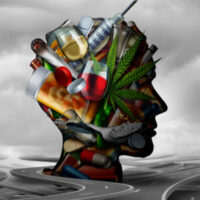 While driving while intoxicated with alcohol is extremely prevalent—so much so that it accounts for roughly one third of all traffic fatalities—a lesser discussed, but still extremely dangerous, form of impaired driving occurs when the driver is using opioid pain medication, marijuana, cocaine, heroin, methamphetamine, or another narcotic. A national night time weekend survey of drivers found that 20 percent tested positive for drugs in their system.

Is Driving on THC as Dangerous as Drunk Driving?

While some research has shown that THC (the active chemical in marijuana) impairs driving, which is supported by the National Highway Traffic Safety Administration), more recent research has been less conclusive. One study found that while stoned drivers using marijuana are more likely to be involved in collisions, the increased risk may be due to the driver user group (young males who are more crash prone to begin with) not necessarily marijuana, according to CBS News. A recent meta-analysis found that, “in general, the higher the estimated concentration of THC in blood, the greater the driving impairment, but that more frequent users of marijuana show less impairment than infrequent users at the same dose, either because of physiological tolerance or learned compensatory behavior.” The same is not true for alcohol users, according to the study. Regardless of whether marijuana is as bad as alcohol when it comes to inebriated driving, the presence of a high THC blood level in the at-fault driver can significantly help your personal injury claim reach a favorable conclusion.

There is No Legal Limit for Drugged Driving

While in some states where marijuana is legal, drivers with THC blood levels under 5ng/ml (such as Colorado) are presumed to be driving within the legal limits. However, in Florida there is no legal limit for driving with any amount of THC in one’s system. The same is true of opioid painkillers such as hydrocodone and OxyContin, methamphetamine, and other narcotics. If the police conducted a blood or urine test and found a controlled substance in the other driver’s system, they will be cited for driving under the influence.

Is a Positive Drug Test All The Proof Needed to Win a Personal Injury Claim?

Just because the other party failed a drug test for opioids or marijuana does not mean that they will be held responsible for the crash. For example, the person driving while high could have been stopped at a stop light, and the sober driver behind them crashed into them from behind because he was looking down at his phone, sending a text. In this case, the texting driver would not be able to collect any compensation from the high driver, because the texting driver was solely responsible for causing the crash. In order to win a personal injury claim settlement or verdict, there must be other evidence that shows that the other driver was more than 50 percent at fault.

If you were injured in a collision and the other driver had narcotics present in their blood or urine, you need to call an attorney to discuss your personal injury claim. Call the Orlando car accident attorneys at the Payer Law today at 407-307-2979 for a free case evaluation.