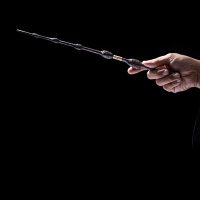 The Wizarding World of Harry Potter is one of Universal’s most popular attractions, but it can cause serious injuries for guests. One such incident occurred when an elderly woman was severely injured while waiting in line to ride “Harry Potter and the Forbidden Journey.” As a result, she is suing NBCUniversal Media LLC for damages. At first, it wasn’t quite clear where the injury had occurred, as some speculated that it might have been at the Universal Orlando Resort, which is home to Diagon Alley. However, it was later confirmed that this accident most likely occurred at the Islands of Adventure at Universal Studios Hollywood, where guests can find the Islands of Adventure, Hogsmeade, and this particular ride.

If you have been injured at Universal Studios or any other theme park in Orlando, it makes sense to get in touch with a qualified, experienced personal injury attorney as soon as possible. These legal professionals can guide you towards a positive resolution after listening to your unique situation during a consultation. With their help, you can receive compensation for medical expenses, missed wages, psychological trauma, and much more. It’s best to get in touch with one of these lawyers as soon as possible, as the statute of limitations may prevent you from taking legal action if you wait too long.

How Was This Woman Injured?

The accident occurred when this woman was waiting in line with her grandson. She stated that the divider pole in the lineup fell on her right hand, causing unspecified injuries. She is suing the theme park for negligence and seeking damages as a result. There is very little additional information about the nature of the injury or how it occurred.

What She Needs to Prove

In order to receive a settlement, this grandma needs to prove that Universal was negligent. In order to do this, she’ll need to show that four basic elements were present:

In other words, she’ll need to show that Universal failed in their duty of care, and this failure led directly to legitimate injuries. She can do this in a number of ways. She might show that the pole represented a significant risk to guests, and that Universal staff should have been aware of this. She can also argue that there should have been some kind of warning sign that communicated the risk posed by the divider pole. She will also need to show her medical records, and these records must show that she suffered a serious hand injury.

The skilled Orlando amusement park accident lawyers at Payer Law can help you today. We know full well how dangerous these rides can be, and guests deserve the right to pursue a settlement if they have been injured. Even if you have signed an injury waiver, you can still sue, as these waivers rarely hold up in court. Book your consultation today to explore your legal options.