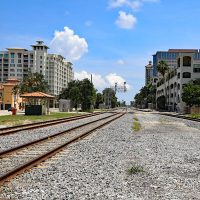 In American society today, millions of citizens rely on mass transit to live their lives.  We need to get to work, to the store, and countless other locations that allow us to explore our community and live a fulfilling life.  When residents think of mass transit, they tend to think of the convenience and public service these options provide.  Rarely do commuters focus on data regarding threats to personal injury, which is perhaps why this type of information tends to be particularly unsettling.

In Florida, the Brightline railway system is one of the nation’s largest privately funded transportation projects.  With operating speeds of up to 79 miles per hour, the Brightline system goes faster than most other commuter trains nationwide.  A report from early 2020 indicated that since Brightline started operations in 2018, an average of over one person per month has been killed either on Brightline’s tracks, in a car or bike, or on foot.  Clearly, there is a risk of severe personal injury or even death associated with this railway system.

That same report noted that Brightline’s fatality rate ranked as the worst per mile of any railroad in the nation.  While this statistic cannot be contested, there remains a debate as to what actually causes such a high death rate on a relatively short length of rail.  Therefore, this article aims to provide Florida residents with information on Brightline’s safety measures and how they relate to cases of personal injury litigation in the state.

As noted in the report from early 2020, spokespeople from Brightline have asserted that 75 percent of the fatalities on its tracks are due to Florida residents deciding to take their own lives.  Representatives from the Alliance for Safe Trains, however, contest that figure.  They believe that the high death rate is due more to the high speeds of the trains as they pass through densely populated parts of the state.  Additionally, they indicate that inadequate safety features along the rail system contribute to a higher risk of personal injury and even death.

The Alliance for Safe Trains has been working on support for legislation that would help the Florida Department of Transportation to enforce safety regulations for Brightline and other railway systems statewide.  While opponents of this bill contend that the costs would be prohibitive, it is important to consider what safety features are being discussed.

Safety devices such as pedestrian gates, traffic channeling features on roadways, pedestrian bridges, and fencing are all examples of methods that reduce the risk of personal injury around railroads.  In the Brightline case, particular attention has been given to the need for fencing, and the demonstration of the company’s negligence for failing to provide resource allocation for adequate safety features on its rails.

As cases of personal injury and death on Brightline’s railway system continue to grow, the need for professional legal counsel grows as well. Contact the Orlando train accident attorneys at Payer Law today to discuss your case and explore your options for litigation.