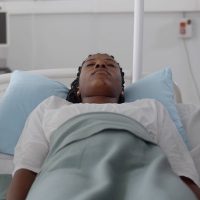 When we enter hospitals, most of us feel very confident about the level of care we’re about to receive. After all, doctors and nurses go to university for years – even decades in some cases – before they are allowed to treat patients. But as we have seen time and again, doctors are more than capable of making mistakes. Sometimes, these mistakes lead to catastrophic injuries for innocent patients. A clear example was highlighted recently when a woman was awarded almost $69 million in a medical malpractice trial.

On November 10th of 2022, it was reported that a Tampa jury had awarded $68.6 million to a Florida woman who had suffered serious brain damage at the hands of four doctors. The story began in 2017, when the victim collapsed after suffering from a severe electrolyte imbalance caused by her rare condition: Diabetes insipidus. Her roommate found her and took her to a Tampa hospital nearby. A string of complications then occurred, leaving her with profound, permanent brain damage.

While defense attorneys argued that this brain damage was caused by autoimmune encephalitis, the plaintiff’s attorneys maintained that the brain damage was the result of a number of medical failures. The first error, they claim, was the failure to properly treat her blood-sodium levels. Medical records indicate that these blood-sodium levels were “overcorrected.” Over the next few days, the medical staff allegedly continued to attempt to balance these levels, only to send them “see-sawing” from one extreme to the next. The plaintiff’s attorneys also highlighted a number of additional medical errors that remain unclear.

The victim is now bedridden and completely unresponsive. She will not recover from her brain damage. Although the family initially sought over $100 million in damages, the jury settled with just under $69.

This entire debacle shows how serious a medical error can be. It also shows that juries are likely to be sympathetic towards victims of medical malpractice, and that the same old defenses used by doctors’ attorneys today are running thin. One has to wonder whether the victim would have been better off simply resting at home.

If you’ve been injured by a doctor or any other negligent party, you need to file a personal injury lawsuit. Get in touch with the Orlando personal injury attorneys at Payer Law, and you can immediately get started with an effective action plan. During your consultation, we will assess your unique situation and determine the best route forward. A settlement or an injury award can help you pay for various damages, including medical expenses, missed wages, and emotional distress. Reach out today.